A Changing Boulder in Three Acts

Popular Culture is a large tent. Through its iterations, the term encompasses many things—entertainment, politics, celeb gossip, to name some—via an equally broad galaxy of media, whether new or old. It offers a reflection of the time in which books, productions, and, these days, blog posts are created.

Boulder, directly and indirectly, is no exception. You can learn a lot about the perception of our place in the world through its depictions. As such, it’s a worthy exercise to take stock once in a while, by looking at the once and future king of American pop culture: movies. It’s a large tent too, so for clarity sake, let’s focus on three examples that, in their way, tell us something about change over time. 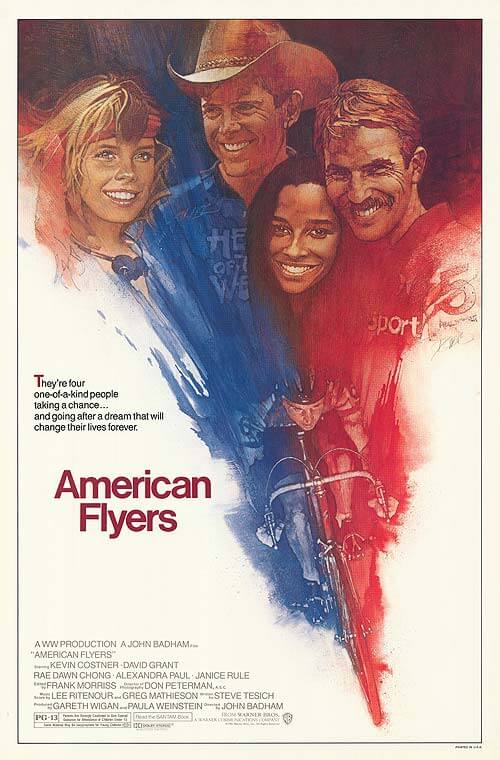 First up, a 1985 movie called American Flyers. For those unfamiliar, it is essentially the story of a young man determined to turn his passion for bike racing into fame and possible fortune. 80s-prototype training sequences (laced with hijinks and adult contemporary tunes), burgeoning love subplots, and hard work ethos ensue. Self-satisfied bullies offer conflict, then-new biometrics offer wows, and in the end the underdog has his day. Think of it as the Rocky of cycling, with a bit more goofiness than grit.

Culturally, though, interesting reflections are between the lines. Cycling, in the style of European road races, was gaining traction in the U.S. at that time, and, as today, Colorado’s Front Range was an epicenter. The movie’s climax is based on the Coors Classic, where two of its pivotal races—both real and fictional—happened in and around Boulder. This shows Hollywood buying-in to the area being a hotbed of cycling, while also, in terms of an amateur competing against corporate sponsored teams, revealing what we’d call a DIY mindset, where pure determination could compete with the big boys. I’ll leave it to you to judge how that reflects today’s cycling climate. 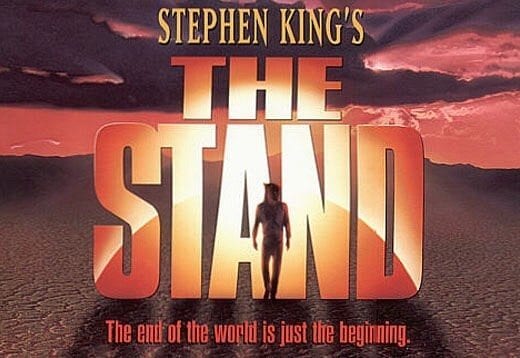 Next, we have the 1994 TV miniseries The Stand, based on Stephen King’s novel. In it, a deadly flu escapes government control, leading to a pandemic-driven apocalypse, as well as a mystical-political civil war of sorts. Via grainy 90s video and production values, Greedy/ evil factions make their home base in Las Vegas, while assumedly righteous survivors are psychically drawn (it’s Stephen King, after all) to a right-minded prophet in Nebraska, who then directs them to congregate in Boulder. As the title implies, the factions have to face-off before anything is, or isn’t, truly resolved.

Again, I’ll leave Boulder being the home of a post-apocalyptic spiritual collective for your interpretation. Here, the interesting cultural reflection is in the miniseries’ production. To make a long story short, what was supposed to be shot on-location in Boulder was moved to Utah, due to the passage of Amendment 2: a state constitutional provision that disallowed homosexuality as a legally protected class under anti-discrimination statutes. While the amendment proved important nationally—a tipping point of gay rights, after being struck down as unconstitutional by the Supreme Court—locally, it reflected the social current of our state. After subsequent demographic and political changes, it’s impossible to imagine such legislation going anywhere, but for then-deeply conservative Colorado, it was no surprise. For its part, Boulder resisted that tide, though there was more than a little irony in another state standing-in for it as a haven of free, if equally zealous, thinking. 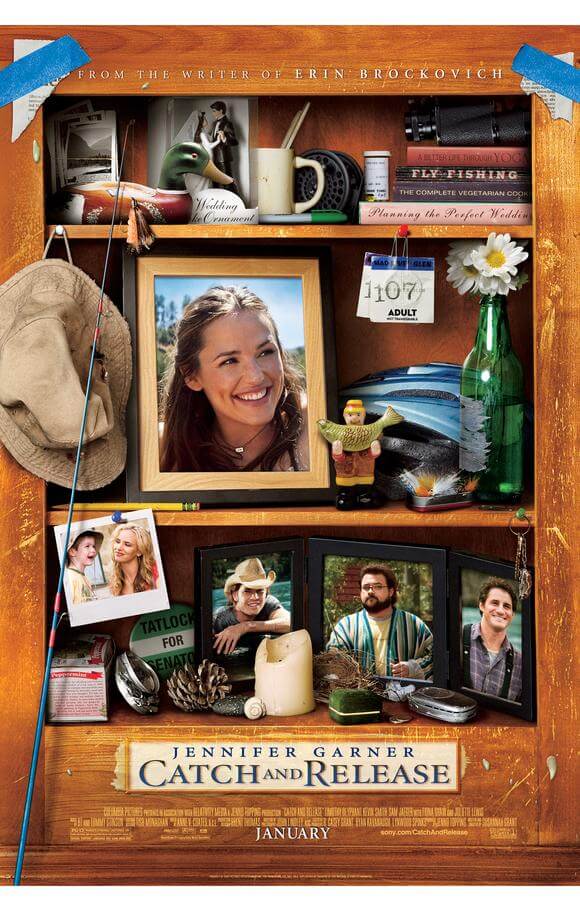 Lastly, let’s look at the 2007 romantic comedy Catch and Release, which starred Jennifer Garner as a woman in grief following the death of her fiancé. Early 2000’s rom com mechanics then ensue: Garner’s character moves in with friends of her late fiancé; an unknown son, and a largesse secretly socked away for he and his mother, are revealed. Thin metaphors of memorial “peace gardens,” infighting over the slightly used engagement ring, and fly-fishing seep in. One of the late fiancé’s friends falls in love with the “other” woman, another falls in love with Garner’s character, and everyone eventually lives happily ever after. You know, as people do.

Intentionally or not, this has certain cultural reflections built-in as well. Though rom coms can make any city—big or small—fodder for dramedy, Boulder being tapped is telling. The town is depicted as a natural place for traditional notions of domesticity to breakdown, in the polite manner of a “fly-over” state. Rather than L.A.-style creative types, or New York-style East Village eccentrics, we get an endearingly schlubby guy (see Kevin Smith), walks along the Pearl Street Mall, and fishing trips—a stereotype with foundation, sure, but a stereotype nonetheless. Combine that with nearly all the movie being shot in Vancouver, British Columbia (due to budgetary concerns, not political or social justice) and you get an echo of studio executives’ perception of our berg: distinct enough as a story setting, indistinct enough that a Canadian city with a wholly different look, feel, and climate will do.

In the end, what should we take away from all this? Hollywood, then as now, is notoriously tin-eared to anywhere that isn’t Los Angeles or New York; for well-funded productions, in-between cities, states, and the people who inhabit them aren’t captured in an accurate way. That’s the history, at least. What value, then, is contained in the perspective of these outsiders? Boulder marches to its own beat, for good and bad; what it means to live here, to be a “Boulderite,” is in a constant state of flux. That’s both a limitation and a virtue of Popular Culture—sometimes certain truths are found in simplified depictions, sometimes nuance is lost in the shuffle. But make no mistake: perception does matter, particularly nowadays. With our city and state in the midst of growth, with so many people coming to live and work here, it’s worth asking what the next story will say about the complicated place we choose to call home.