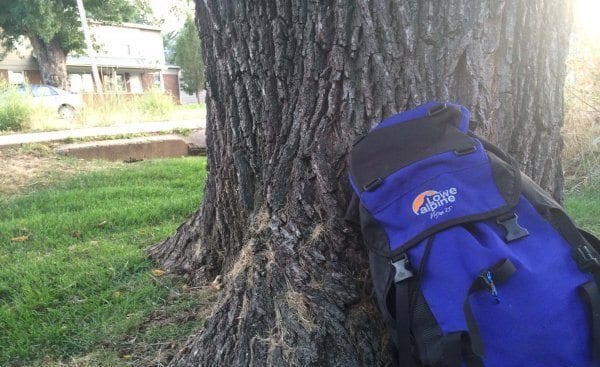 Boulder is known almost universally as a welcoming and free-spirited community. Its history as a nest of inclusivity and open mindedness is what many citizens love so much about this city. With this in mind, the recent decision to enforce the city’s camping ban seems almost uncharacteristic. How do we reconcile our vision of Boulder with this decision to curtail who we allow to be part of our community?

The ban, primarily aimed at the city’s homeless population, prohibits sleeping in public outdoor spaces. After an intentional relaxation of the policy over this past summer, Boulder Police officers have once again been encouraged to intervene in any camping they might see and to write citations to those who repeatedly violate the ordinance. These citations may result in a court summons. If the summons is ignored, jail time is a distinct possibility.

Public opinion over the issue is mixed. While some locals feel as though downtown needs to be “cleaned up,” others feel as though this law, and its legal repercussions on those who disobey it, is too harsh. People need a place to sleep, regardless of the legality of where they do so. An understanding of this conundrum has brought many to the same conclusion. A camping ban isn’t a solution. It’s a temporary response to a complex issue, an issue that impacts everyone in the community. Thus, the question at hand isn’t “how do we keep the streets clear of homeless people?”. It’s “how do we make sure that every member of this community has reliable access to shelter and safety?”.

As a more comprehensive solution is found, it is important to remember that stigmatized anecdotes cannot be substituted for facts. Boulder’s crime rate hasn’t increased dramatically. Actual reports of aggression within the homeless population are few and far between. The homeless are actually the victims of crime significantly more often than they are the perpetrator. As a community that so values compassion, we should remind ourselves that fear of the unfamiliar cannot govern how we treat those around us.

As we navigate this issue, remember that this isn’t an “us versus them” scenario. Together, we are one community and must act accordingly.

Pro-tip: If you’d like to learn more about Colorado’s homeless issues, visit http://www.denvervoice.org/