Faces of Boulder – Pic of the Day ~ Victoria! 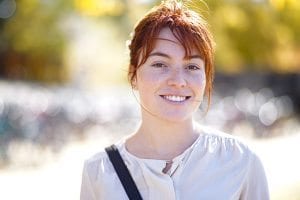 From the high mountains of the French Alps to the Flat Irons, Victoria is no stranger to massive rock formations. But ironically you wont find her on the mountain, instead you are more likely to find her in front of a camera or at your local theater. Victoria moved to Boulder three years ago to pursue acting at CU. She has since preformed in CU productions as well as a plethora of student films. She has built herself a quality reel since she came to the states, and her work ethic will only take her further. Be on the look out for her in a theater near you!