Home › Non-Profit of the Week › Giving in Boulder County

There were 2,007 non-profit organizations in Boulder County in 2015. Of these, 75% had annual revenues of less than $100,000. Just over 6% had revenues over $1 million These details, which are presented in the publication “Our Civic Participation & Giving” published by the Community Foundation Serving Boulder County, is based on data from Guidestar and the Internal Revenue Service.

The significance of these figures is that the majority of non-profits operating in Boulder County are generally small with quite specific organizational goals and a limited financial ability to deliver programs of public service to the degree that is intended.

In fairness, all non-profit organizations, irrespective of annual revenues, are generally always believed to be limited in their ability to deliver benefits to the general public due to financial constraints This financial information does, however, highlight the situation of many non-profits that compete for financial and volunteer assistance in a highly competitive market.

Interestingly, although residents in Boulder County have a high median adjusted gross income, the County ranks low on a “giving ratio” that is based on how much counties donate to charities and non-profits as a portion of their adjusted gross income. The publication “Our Civic Participation & Giving” references a report released by the Chronicle of Philanthropy in January of 2015 that states Boulder County’s “giving ratio” was 2.72 percent. This figure, which was lower than the State of Colorado’s rate of 2.87 percent, placed Boulder County’s giving ratio at 44th place out of 64 Colorado counties.

There are many theories as to why Boulder County’s ratio is so low. One of the reasons could be the high cost of living in Boulder County. Another probable reason is that residents in Boulder County are simply not aware of the existence of the non-profits and their missions. Many of the locally-based foundations know about the non-profits through the process of grant giving, but even the awarding of financial assistance is not something that mainstream media reports on a continuing basis. “Our Civic Participation & Giving” actually addresses the issue of why people don’t give more to charity and of the various reasons and a full 50% of respondents indicated that they did not know enough about non-profits.

It is because of this lack of knowledge that AboutBoulder is highlighting the non-profit sector in our communities to provide information on non-profit programs, organizational contact details, information on companies that support Boulder-based non-profits, and the best ways to make donations.

A non-profit, or not-for-profit, body is an incorporated organization that exists for educational or charitable reasons, and from which its shareholders or trustees do not benefit financially. They are exempt from income taxes under Sec. 501 of the Internal Revenue Code (26 U.S.C.A. Sec 501) but only if they conduct business exclusively for the benefit of the general public. 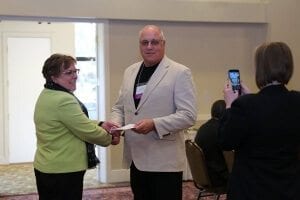 Dale Bernard, Board Treasurer, Longmont Community Foundation, presents a grant check to David Bitler, Executive Director of The Inn Between of Longmont, Inc. 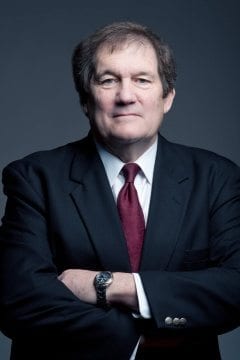