Home › Blog › Movies › I Wish I Could Pray Away War Room

I Wish I Could Pray Away War Room 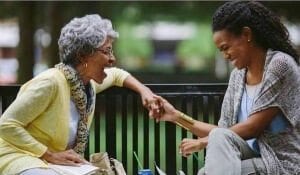 Screenwriter William Goldman famously said that, “Nobody knows anything,” when it comes to Hollywood. His quote has remained true for numerous reasons. For decades, the idea that a market existed for “faith based*” entertainment was mostly laughable. But two events in the entertainment field took place that proved audiences would come out big time for it.

First, in 1995, the novel Left Behind was released. The initial book spawned a series of 16 novels, video games, and film adaptations that failed spectacularly at the box office, but were warmly received on home video. In 2004, Mel Gibson’s film The Passion of the Christ was released. It earned nearly $400 million in the United States alone, and proved to studios that audiences would turn out in droves for movies with Christian themes.

But despite the efforts of subsequent filmmakers, there really hasn’t been another Christian film since that has seized popular culture since Gibson’s insanely violent Biblical epic. Instead, and the irony is so thick you could spread it on toast, Christian filmmakers seem to have followed the path of independent directors like Quentin Tarantino by creating their own cinematic niche. Films by Christians, for Christians. While their films have been populated with either unknown actors or has-beens like Kirk Cameron and Kevin Sorbo**, independent Christian film is enjoying a resurgence among the faithful.

Which brings us to War Room. It’s directed by Alex Kendrick, and written by Alex and his brother, Stephen Kendrick. The Kendrick Brothers have proved incredibly popular with Christian audiences with 2008’s Fireproof and 2011’s Courageous. Their newest film had a budget of around $3 million, and it’s already made over $30 million. You’ll pardon the pun, but that makes it an honest-to-God hit. Christian audiences absolutely love this thing. In the theater where I saw it, folks chuckled appreciatively, clapped, cheered, and had a delightful time. For the life of me, I can’t understand why a movie this astonishingly dumb is blowing up.

We meet real-estate agent Elizabeth (Priscilla C. Shirer). She seems to be successful, and a decent human being. Her husband Tony (T. C. Stallings), on the other hand, is a sales rep for a pharmaceutical company and a selfish creep. Their ridiculously cute daughter Danielle (Alena Pitts) is heavily involved in competitive Double-dutch jump roping,*** but Tony is too busy to care, since he’s working long hours, committing fraud and building himself up to have an affair with a comely co-worker.

At this point, many couples would consider marriage counseling, divorce, that sort of thing. But Elizabeth is contacted by the preternaturally wise Miss Clara, an older woman who is putting her house on the market. As they get to know one another, Elizabeth opens up about her mattress fire of a marriage, and Tony’s rampaging emotional cruelty. Miss Clara bats all of that aside and counsels Elizabeth to create a war room. You see, the problem this whole time is that Elizabeth has not been properly submissive to her husband and to God. Miss Clara encourages her to completely clean out a closet, plaster the walls with Biblical verses, and pray mightily – hence the war room.

The film believes that the ultimate problem in their marriage isn’t a lack of communication or even the unwillingness to work on a relationship. Instead, Satan is the problem, which leads to a sequence where Elizabeth delivers a monologue casting The Evil One out of her home. It’s supposed to be stirring and inspirational, but Elizabeth comes off as a woman having a psychotic breakdown.

From there, we have scenes of the battered couple coming together, scenes of God’s grace occurring at just the right time, and lots and lots and lots of scenes of prayer. In movies about writers, there’s a challenge for filmmakers to make the material dynamic and interesting, because scenes of a person pecking away at a keyboard are incredibly dull. In War Room, the same goes for prayer. There are endless scenes of characters, kneeling and tear-stained, delivering inspirational monologues. The problem is, the characters aren’t really doing anything.

Speaking of which, Elizabeth is one of the most passive protagonists I’ve seen in a movie in years. We rarely see her being active and trying to achieve a goal. Instead, whether it’s because of her scumbag husband or her lunatic mentor, she just does what people tell her to do without putting up too much of a struggle. I know that the film’s main message is submission, but normal human beings don’t behave like this. Between this and the Twilight series, we have an embarrassment of riches when it comes to passive female protagonists.

The cast tries to portray normal human behavior, and mostly provides us with vanilla performances. I don’t mean yummy French vanilla. I mean bland Dairy Queen vanilla. Shirer tries her best as Elizabeth, and she’s a fairly likable character. But she’s at a disadvantage when it comes to her non-existent chemistry with T. C. Stallings’ Tony. It’s not Stallings fault that he’s playing such a lousy character, but he plays a remorseless jerk for most of the film, then abruptly becomes a repentant husband that we’re asked to sympathize with.

Karen Abercrombie, however, has done something special. Up until now, I would be hard pressed to think of a character more annoying than the digital nimrod Jar Jar Binks from Star Wars Episode I: The Phantom Menace. But Abercrombie’s Miss Clara has won the trophy for being the single most irritating character I have ever seen in a motion picture. Like a cross between Yoda and a crystal meth addict, Miss Clara tirelessly steamrolls over others and spouts insane advice to Elizabeth. Every time she appeared on screen, I was tempted to sprint from the theater. But it’s not her fault.

Rather, it’s the fault of the Kendrick Brothers, who have made a film that gleefully rejects nuance and shades of gray. War Room tells us that the grace of God can be had through submission. Submission of a woman to a man. Submission to a strain of Christianity that’s disturbingly authoritarian. Submission to filmmakers that have no time for free thought.

Back in 1997, Robert Duvall wrote and directed The Apostle, an astonishing film that wrestles with flawed human beings coming to terms with their failures and their place with God. Among other things, the film shows us that the road to redemption can be rocky, but through struggle and devotion, we can achieve a state of grace. Christian audiences deserve more thoughtful and inspired films like that. I don’t see the Kendrick Brothers making it happen, but who knows? Miracles are possible, right?

*When I say “faith-based,” I of course mean Christian entertainment.

**Sorbo’s Facebook page is hilariously mean-spirited towards everyone who isn’t a conservative, Evangelical Christian. For a guy who claims to be a devout follower, he sure missed that “judge not, lest ye be judged” thing.

***That’s a thing? The jump roping sequences were the only parts of the film that didn’t annoy me. You never know what’s going to catch your attention.

Tim Brennan
Tim has been alarmingly enthusiastic about movies ever since childhood. He grew up in Boulder and, foolishly, left Colorado to study Communications in Washington State. Making matters worse, he moved to Connecticut after meeting his too-good-for-him wife. Drawn by the Rockies and a mild climate, he triumphantly returned and settled down back in Boulder County. He's written numerous screenplays, loves hiking, and embarrassed himself in front of Samuel L. Jackson. True story.
See More Articles From Tim Brennan
Tagged: alena pittsalex kendrickkaren abercrombiepriscilla c. shirerstephen kendrickt. c. stallings
Boulder Colorado Air Quality