Home › Curious Boulder › Measuring the Moment, One Billionth at a Time – Boulder’s NIST

Measuring the Moment, One Billionth at a Time – Boulder’s NIST

Ask someone exactly how long one second is, and you’re likely to get a smirk. If pressed, many might rely on the “one-Mississippi” trick from their hide-and-seek days. Others might claim an innate sense of it, as though they’re a minor—if punctual—X-Men style mutant. But, honestly, most would look at their smartphone. 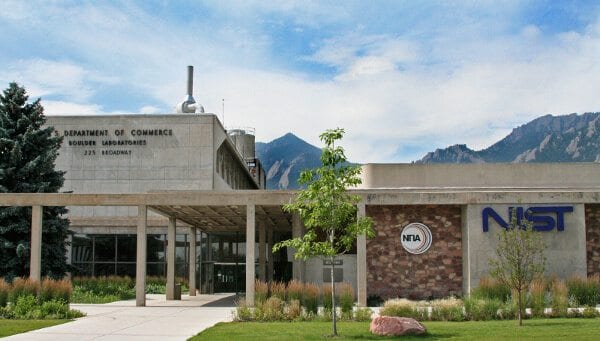 Boulder is home to NIST, which, among its distinctions, is the keeper of official civilian time in the United States. That moniker comes as a direct result of something called the NIST-F2 and its partner, cesium.

How this works is mind-shatteringly technical, but here’s an elevator pitch… The NIST-F2 apparatus suspends a ball of hyper-cooled cesium while bombarding it with concentrated microwaves. Excited by this interaction, like a hard kernel transforming into fluffy popcorn (not exactly, but you get the idea), cesium atoms burst into a different energy level. The interval it takes for this to happen 9,192,631,770 times is the agreed upon, super science-y definition of one second—or, to be precise, one atomic second.

What does all this amount to? Extreme accuracy. It’s estimated the atomic “fountain” clock will remain true for the next 300 million years. Improvements over its predecessor, the NIST-F1, including the use of far lower temperatures (because the F1 is so sensitive that residual heat from microwave-cesium interaction was throwing things off), makes the F2 the world’s most accurate time standard, according to the International Bureau of Weights and Measures. 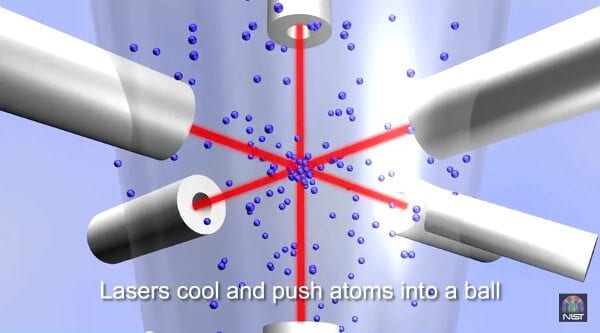 Anyone who isn’t a scientist would be excused for asking about the practical upshot, aside from esoteric bragging rights. The fact is many pieces of everyday technology rely on time measured with several zeroes behind the decimal point.

GPS, for example, is all about miniscule tolerances; the time it takes radio signal to go from a car to a satellite and back is part of how the system determines your location. If that timekeeping is off, it can equate to inaccurate locating, which could mean inaccurate directions or services. Even that smartphone you rely on to tell the time gets its cues from atomic clocks like the NIST-F2, or its cousins at the U.S. Naval Observatory. 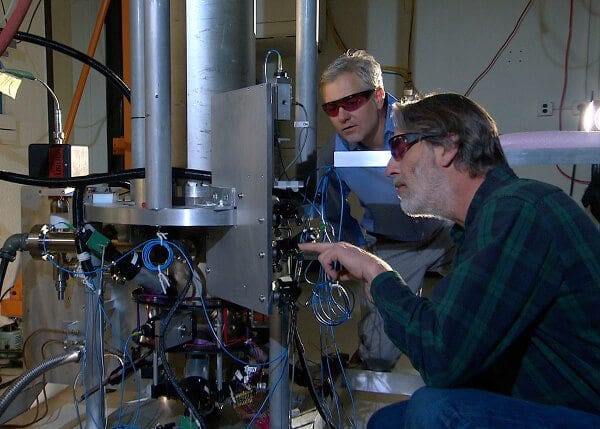 Boulder is known as a relatively laid-back town. Everyone has their schedule, but appointments, start times, and even deadlines are often loose. Fudging is always an option. It’s ironic that such a place would house the world’s most overachieving clock, but there you go. The myriad scientists who live and work here, representing a host of specialties, leave their marks in subtle yet important ways.

So the next time you’re groggy and cursing whoever decided four AM should be a thing, remember NIST-F2. When you get a parking ticket for being seconds late to the meter, thank predictable old cesium. On the other hand, when your phone says there’s good barbeque nearby, consider taking a grateful bite for the NISTers too. Just make sure you’re quick about it.