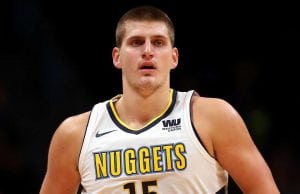 The Denver Nuggets had a busy week as they inked Nikola Jokic to a five-year/$147 million max contract, and then lured Will Barton back to the team with a four-year/$50 million deal.  So, I hope that you were entertained by last year’s team that barely missed the playoffs, because they’re not going anywhere soon.

Jokic, only 23 years old, was due to make a mere $1.6 million this season but the Nuggets aggressively signed the former second-round pick to a long-term deal to keep him off the market.  Combine the existing contract of 23-year-old Gary Harris (four-year/$84 million) and the probable long-term deal to 21-year-old Jamal Murray after the 2019 season, and it’s apparent that the Nuggets youth movement has 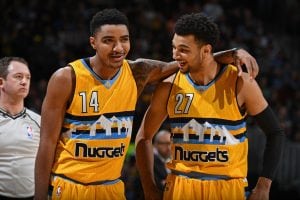 not only arrived, but the finances imply they are done.

The 2018-19 Nuggets will have a few familiar faces such as a healthy Paul Millsap (missed 40 games), Wilson Chandler, and towel-waving Kenneth Faried, but only for this season as they work on clearing cap space for Murray’s long-term deal and potentially shop to rid the contracts of Mason Plumlee and Darrell Arthur.

For a team that won 46 games and just missed the playoffs, next season looks promising as the entire team, Paul Millsap, and the addition of lottery pick Michael Porter Jr. make a run at finishing in the top eight.  But unless the Nuggets get creative, the roster for the next five years is practically written in pen, if not hard-to-erase pencil. 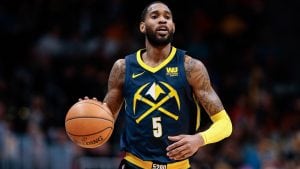 The contracts of Jokic, Harris, and Murray will take up the majority of cap space.  Will Barton (27 years old) will take a little more.  And the youth movement of Porter Jr. (19), Trey Lyles (22), Juan Hernangomez (22), Tyler Lydon (22), Malik Beasley (21), and draft pick Jarred Vanderbilt (19) will have to fill in the Denver roster with affordable role play.

If the three big-contract players become all-stars as projected, and Porter Jr. plays like the potential star everyone thinks he could become, the sky is the limit.  At the same time, it’s hard to imagine a team without the 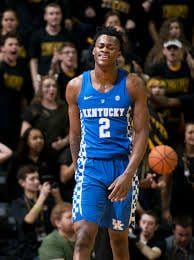 veteran leadership of a Paul Millsap, or the down-low presence of a Mason Plumlee having the maturity or the defensive intensity to seriously challenge in the West.

In my opinion, the Harris contract was a little aggressive, but the Nuggets are doing a great job locking up young talent, especially since Denver is not generally considered a great free agent destination, but they still lack a few pieces.  With

Jokic often on the perimeter and slow-of-foot defensively, they need a shot-blocker that can clean up defensive mistakes like a Clint Capela, but at a bargain price. Maybe that’s one of the young guns that the Nuggets are trying to develop, or maybe that guy is yet to be found in Serbia, France, or Cameroon.

While it’s apparent that the Nuggets will be growing up on the court, the question remains whether they will be going up in the standings.

Alan Tapley
Alan Tapley is an educator, author, and blogger who has lived just outside of Boulder for the last twenty years.  His published work includes two novels, two children’s books, a series of cartoons in the Minneapolis Star-Tribune, and multiple sports related articles. His love for family and the state of Colorado is only matched by one thing, his passion for sports.  The first baseball game he ever attended was at Wrigley Field, before there were lights.  At the final Bronco game at the old Mile High, he allegedly cut out a piece of his seat in the South stands.  But regardless of being here for the Avalanche’s last Stanley Cup, the Rockies only World Series appearance, and all the Broncos’ Super Bowl Victories, his wife never fails to remind him that he wasn’t at the University of Colorado in 1990, like she was.  The year the Buffs football team won the National Championship
See More Articles From Alan Tapley
Tagged: Clint CapelaDenver NuggetsGary HarrisJamal MurrayJarred VanderbiltKenneth FariedMason PlumleeMichael Porter Jr.NBANikola JokicPaul MillsapWill BartonWilson Chandler
Boulder Colorado Air Quality