Home › Blog › Sports › The Broncos Organization – Who Are They?

The Broncos Organization – Who Are They?

Historically speaking, it was always easy to look at the Denver Broncos and describe who they were as an organization. As the perennial Super Bowl contenders, they had Hall-of-Fame quarterbacks, tenacious defenses, veteran leadership, and great minds and stability in coaching and the front office. A successful franchise that embraced its blue-collared fans, and in return, the people bled orange in support of their team.

That label and those attributes are now saved for others more deserving. The New Orleans Saints with Drew Brees, Sean Payton, and that Mardi Gras that occurs on Sundays. The Green Bay Packers and Aaron Rodgers, Lambeau Field, and a stadium filled with cheese heads. And the Evil Empire itself, the New England Patriots, who simply parade out Tom Brady, cut off the sleeves of Bill Belichick, and win seemingly without effort year after year.

What’s clear is that the Packers, Saints, and Pats are no longer fair comparisons when looking for what Denver resembles as an organization. So, who exactly is?

Which sadly leads us to two organizational comparisons: we are either the Washington Redskins or the Oakland Raiders these days. 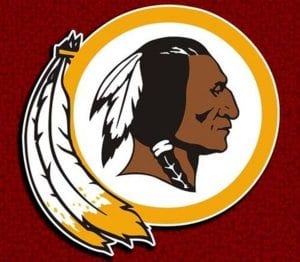 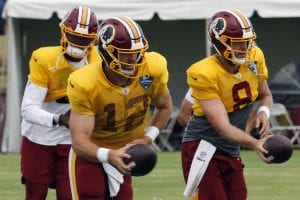 It’s hard to believe how far we have fallen. In finding a fair comparison in today’s NFL, the Broncos are either paired with an organization known for incompetency and a racist logo….or we’re the Raiders. 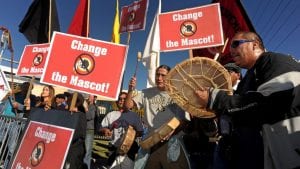 Alan Tapley
Alan Tapley is an educator, author, and blogger who has lived just outside of Boulder for the last twenty years.  His published work includes two novels, two children’s books, a series of cartoons in the Minneapolis Star-Tribune, and multiple sports related articles. His love for family and the state of Colorado is only matched by one thing, his passion for sports.  The first baseball game he ever attended was at Wrigley Field, before there were lights.  At the final Bronco game at the old Mile High, he allegedly cut out a piece of his seat in the South stands.  But regardless of being here for the Avalanche’s last Stanley Cup, the Rockies only World Series appearance, and all the Broncos’ Super Bowl Victories, his wife never fails to remind him that he wasn’t at the University of Colorado in 1990, like she was.  The year the Buffs football team won the National Championship
See More Articles From Alan Tapley
Tagged: Denver BroncosDerek CarrDrew LockJohn ElwayJon GrudenNFLOakland RaidersVic FangioWashington Redskins
Boulder Colorado Air Quality