Looking Back ~ The Real Facts of the Keystone Pipeline

Recently there has been a lot of discussion pertaining to the Keystone XL Pipeline, and whether or not to allow for the construction of it has become an even hotter debate.  Many people have taken sides and it can be difficult to find the objective truths on the matter.  The following is the truth that can be distilled out of what both sides of this controversial pipeline claim. 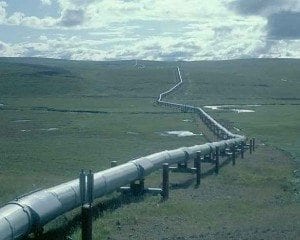 On the Colbert Report’s interview with the President last week, President Obama explained his stance on the matter.  President Obama explained, “Essentially this is Canadian oil passing through the United States to be sold on the world market.  It is not going to push down gas prices in the United States, its good for Canada… [and] it could create a couple of thousand jobs [in the United States] in the initial construction of the pipeline”.   Americans would be sacrificing resources and workers for Canadian profit.  Yes, there would be jobs created in the initial construction of the pipeline, but not necessarily sustained American employment.  The president also explains in this video that the environmental impacts of the pipeline must be assessed as fully as possible before the decision is made.

Perhaps it is possible that by giving these crude oil production sites greater access to refineries, the rate of environmental degradation will increase.  This would make sense for areas like the Bakken Region of Montana and North Dakota, which according to the New York Times is already wastefully burning a hundred million cubic feet of natural gas a day directly into the atmosphere (enough energy to heat half a million homes a day) simply because it is not economically viable to capture this biproduct of drilling for oil. If oil production sites such as this were to increase production because of increased refinement rates, the rate of environmental degradation would go up.

An article by Forbes explains the skepticism outside environmentalism of the Keystone Pipeline.  It took a look at how the Trans-Alaska Pipeline played out in order to evaluate how the Keystone Pipeline will likely play out.  The article showed that the projected number of jobs was much higher than the amount actually created by the Trans-Alaska Pipeline, and that unemployment went up after the completion. “This was a classic boomtown effect, in which the population of Alaska, particularly the interior city of Fairbanks, swelled in anticipation of petroleum construction jobs.  Once the project was complete many thousands who had moved to the city were left unemployed“. This same Forbes article also looked at projections for spin-off jobs created by the construction of of the pipeline and found that projections were made using ideal economic conditions that would be expected to result from the pipeline, not realistic conditions.  The promise of jobs may be enticing but as shown through history it is very unlikely that the Keystone pipeline will create as many jobs as it is promising to.  This classic boomtown effect could lead to a higher unemployment down the road. 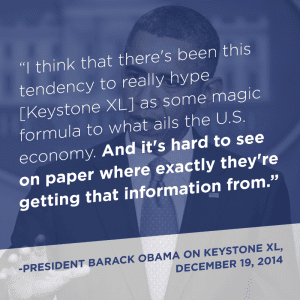