Looking Back ~ The Real Facts of the Keystone Pipeline 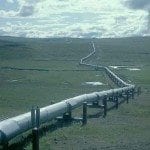 Recently there has been a lot of discussion pertaining to the Keystone XL Pipeline, and whether or not to allow for the construction of it has become an even hotter debate.  Many people have taken sides and it can be difficult to find the objective truths on the matter.  The following is the truth that can be distilled out of what both sides of this controversial pipeline claim. According to TransCanada, the makers of the Keystone XL Pipeline, “[The Keystone XL Pipeline] will not only bring essential infrastructure to North American oil producers, but it will also provide jobs, long-term... Read More

Meet Abraham! This Kentucky native loves moonshine and freedom for all. More commonly known as the 16th president of this great nation, it can be assumed that the mountains are his favorite thing about Colorado!  Read More

This week has been really rough for a lot of people. Actually rough doesn’t quite cut it, this week was more along the lines of heartbreaking, devastating, or even catastrophic. Trump is our new president and there is a lot of uproar about it because it is the outcome that majority of Americans thought would never happen. Up until Tuesday, it was still considered a joke that Trump might win, except now the joke is on us. This might be the biggest mistake that the United States has ever made. This week, as Americans, we let fear win. On Wednesday there was a group of freshman from Boulder High... Read More

Who Is Our President, Even? (The CU President That Is)

It’s strange to realize that after three years at he University of Colorado Boulder, I have very little knowledge of who Cu’s President is. Up until last semester, I had absolutely no idea who, or what our president’s name even was – and on that note, the only reason I do now is because I worked as a suite attendant in the Presidents suite during football season. CU’s president, a kind, warm, and intelligent man, became the head of the University in 2008. Being head of CU encompasses more than just Boulder, though. He is the president of all four campuses: Boulder, Denver, Colorado Springs... Read More