Most people know the name “Mary Rippon” from the spectacular outdoor theater where the Colorado Shakespeare Festival performs the works of William Shakespeare every summer. But did you know that Mary Rippon was actually the first female professor at CU Boulder? She caught German there between 1878 and 1909, making her not only the first female professor at CU, but one of the first educators to work there as well there as well. 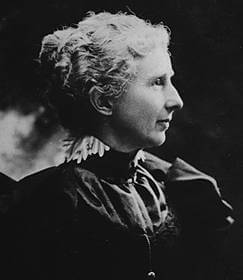 Although born in Detroit, Rippon was offered a teaching position in Boulder after she graduated from university herself. Eager to explore the West and its fascinating selection of plants (she was especially fond of wildflowers like the columbine), Rippon left Detroit and came to Boulder. She taught for 55 years in total, created the city’s first public library, and helped to maintain the Pioneer Cemetery on 9th Street, where she is now buried.

But there were two sides to Rippon’s life. In the 19th and early 20th century, women with careers not allowed to marry or have children themselves, and Rippon secretly defied both conventions. Early in her teaching career, she fell in love with one of her students, a young man named Will Housel. After she became pregnant with Housel’s child in 1888, Rippon went on sabbatical to Stuttgart, Germany. Housel met her there and it was in Stuttgart that she gave birth to their daughter, Miriam Edna Housel.

Rippon told only a few close friends about the marriage (which ended in a divorce) and her child; she returned to teaching after giving birth as if nothing had happened and resumed her life as an active member of the budding Boulder community. Even Miriam herself was initially raised under the belief that Rippon was her aunt, although she was always aware that Housel was her father. Rippon’s familial relations were such a secret that when Miriam’s own son came forward in the 1970s and claimed to be Rippon’s descendant, he was met with shock.

Miriam and her own family came to Boulder in the 1920s, and Rippon’s daughter became extremely close to her ailing mother. Miriam also became a professor at CU and told everyone that Rippon was her “closest friend” in Rippon’s 1935 obituary. 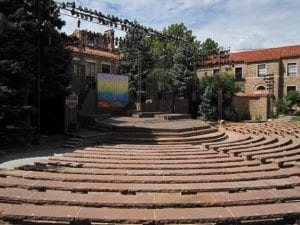 Mary Rippon’s contributions and fascinating life have left quite the mark on Boulder! You can visit her in Pioneer Cemetery’s North section, and rumor has it that her ghost appears near Halloween each year thanks to Historic Boulder’s “Meet the Spirits” event.