Home › Blog › Music › Where to Record When Trying To Record

Where to Record When Trying To Record

The music scene is quite large in popular, but one of the reasons it has so much to offer musically is because the consistent number of bands and artists who continue to arise from this beautiful city. Folk music, dance music, Hip Hop, you name it and Boulder most likely has somebody creating it or working with someone who does craft a particular genre. Most people also record on their own, whether it is through their own computers, a buddy’s makeshift recording studio in their garage, etc. However, there is a place in Boulder that is quite storied in terms of who has recorded there, and that place is known as Coupe Studios up on Sterling Drive.

Now, I must admit that I have never been up to Coupe Studios but I have heard from a number of people working on sponsorships and ads that the crew working there is very friendly. If you check out their website, this appears to be their perspective on creating music as well, where they mention multiple BIG names who have recorded there but reiterate the goal is to make you sound better than you thought you could. Acts that have passed thru their storied walls include Colorado locals The Flobots, Rose Hill Drive, DevotchKa, and I have also heard rumors that The Fray and Wu Tang Clan have recorded there as well. I need to do additional investigating to confirm or deny these rumors, but either way it is a nice piece of history to have in your state. 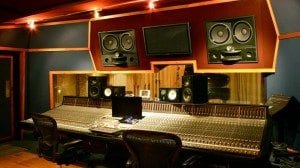 I hope to hear more local acts taking advantage of this studio as it appears to have a solid cast of experts there to help you out. I personally plan on visiting this studio in the next few months to see for myself what it has to offer, and to perhaps work on some of my own music as well (which is another story for another blog). For everyone out there really interested in creating music and feeling up to the challenge of recording something, I would recommend playing around with programs like Audacity so that you can hear yourself; it takes a little while getting used to hearing yourself, because we all tend to think we sound one way, and then in reality we sound another and it can be eye-opening. If you have the time, commitment, and bravery to start recording or at the least writing lyrics-do so. It is ALWAYS worth trying something new. I’m practicing that right now, on a music trip out of the state. You will never know if you do not try-good luck to you! Enjoy.