Archive for the ‘ Hiking ’ Category 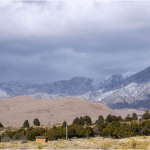 Just 3 miles south of the Entrance to the Great Sand Dunes National Park is an amazing waterfall that is not that well known and often only lightly trafficked. It is called Zapata Falls and while most tourists head there during the summer to escape the high temperatures at the great sand dunes, the real beauty is seeing this waterfall completely frozen.   There is no doubt that most visitors to the Great Sand Dunes see the sign for Zapata Falls on their way into the park, but the rocky entrance road and their (probable) itinerary of getting to the sand dunes likely wards off most visitors. Add... Read More

Our National Parks and the Government Shutdown 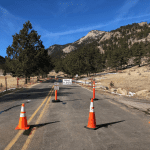 Begin Angry Outdoorsman. I am mad, but not near as mad as I was when I originally wrote this post last Wednesday.  You see, it has been over three weeks since the government shutdown started on December 23rd.  During this time most of our National Parks have remained open. Also during this time basic services have been halted—things like collecting entrance fees, guiding tourists, plowing the roads, cleaning toilets, emptying trash bins, and restricting access to certain parts of the parks.  Seven people have reportedly died in the parks during this time, which is actually less than the average... Read More