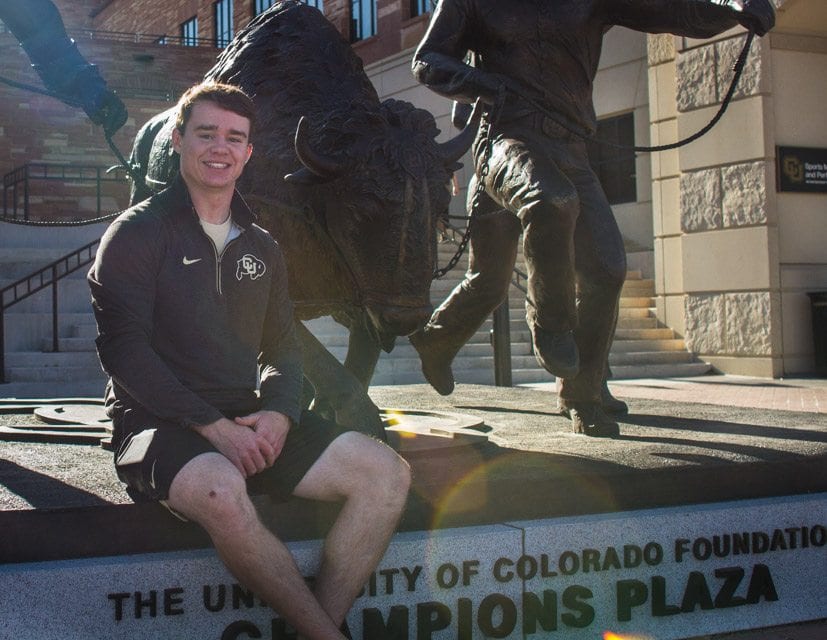 Meet Colton! Colton is a senior at CU Boulder studying digital media. He is one of the student athletes with the distinction to call themselves one of Ralphie’s Handlers.

Ralphie, for those of you who are unfamiliar, is the CU Boulder mascot who usually makes appearances running out onto Folsom Field ahead of the CU Boulder football team during home games.

The group of student athletes that run with Ralphie and guide her horseshoe-shaped pattern through Folsom field are known as Ralphie Handler’s and Colton has been with the team since his freshman year!

Growing up in Colorado, Colton was familiar with the tradition of Ralphie at CU Boulder, but after seeing Ralphie run at his freshman welcome, Colton knew he had to get involved.

The tradition of Ralphie the buffalo can be traced back to 1934, when the University of Colorado at Boulder officially named their mascot the Buff’s.  During the 30’s and 40’s, the football team would occasionally keep a rented or borrowed live buffalo on the sidelines during games and the fans loved it.

It wasn’t until 1967, after CU freshman Bill Lowry’s father donated a buffalo to the school, that the first Ralphie run took place.

The first run was a huge success!  It brought so much energy into the stadium, getting both the players and fans pumped up for the game. CU won the game 10-0, and because everyone loved it so much, it has remained a tradition ever since.

This year marks 50 years since Ralphie was welcomed to the CU family and she has become a household name for many here in Boulder.

Ralphie and the Ralphie Handlers program has always been 100% donor funded and to keep this wonderful CU tradition going, everyone needs to chip in.

It’s not cheap feeding a buffalo, ya know?

Special thanks to Colton and program manager John Graves! 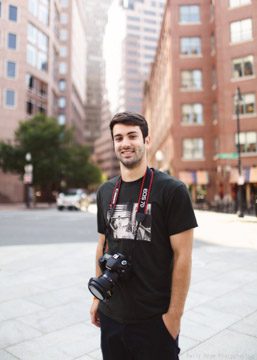 Brad Fagan
Brad Fagan is a photojournalist and filmmaker who hails from the Greater Boston area and is the definition of a travel lover.  Upon his graduation from Roger Williams University in 2016, Brad set off on a two month, cross-country road trip that began his love affair with Boulder.   The 31 states and 10 national parks that Brad visited on his road trip only scratch the surface of his travels, which also include a short jaunt around Europe and exploring both coasts of our Canadian friends up North.   Brad enjoys covering a wide variety of topics from environmental and social justice issues to sports and anything in between.  Everyone deserves to have their story told and Brad knows, a picture is worth a thousand words
See More Articles From Brad Fagan
Tagged: boulder coloradoBuff StuffbuffaloesColorado Buffaloescu bouldercu buffscu buffs athleticsRalphieRalphie at CUralphie handler
Boulder Colorado Air Quality