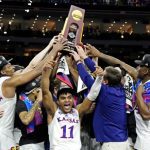 The term March Madness was practically an understatement for this year’s NCAA Championships. Gonzaga couldn’t make it past the Sweet Sixteen, North Carolina had an epic battle against Duke, and Saint Peter’s knocked off Kentucky, Murray State, and Purdue. The NFL gave us its own version of March Madness with Tyreek Hill joining the Dolphins, Davante Adams going to Vegas, and Russell Wilson heading to the Broncos. Baseball joined in on the March Madness by ending its lockout, implementing the DH in the National League, and starting a Free Agent frenzy. The hope was that March Madness would... Read More