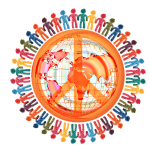 According to the latest statistics from worldpopulationreview.com, Boulder is the 12th largest city in Colorado and the 301st largest city in the United States in 2020, with a population of 104,668. Boulder’s population is now falling at a pace of -0.32 percent per year, but it has grown by 7.48 percent since the 2010 census, which recorded a population of 97,385 people. Boulder has a population density of 3,981 persons per square mile, spanning 27 miles. Boulder has a poverty rate of 20.39 percent and an average household income of $109,410. In recent years, the median rental rate has been... Read More