When oddly specific things become public problems, local legislation steps in to help. Today we will look at a few odds and ends Boulder city laws had to smooth out over the years. Hopefully we will boost today’s water cooler conversations. 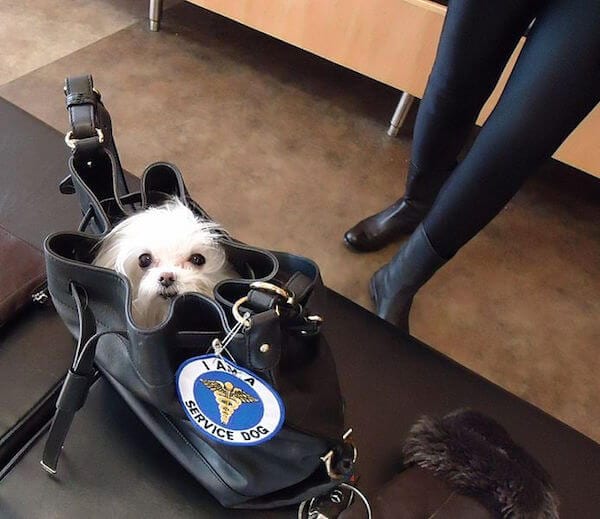 A 2 pound dog in its “guardian’s” purse. Photo Credit: Tomwsulcer

Dogs in Boulder do not have “owners” according to any public ordinances. You can only be the “guardian” of a dog. This law requiring all public signage to call dog owners “guardians” is the result of animal rights activist calling for reform in the rhetoric surrounding pet relationships. It’s important to note that also included in the legislation requiring references to dog “guardians” is in no way giving the dogs more rights, or their owners fewer. For all legal intents and purposes a dog guardian and a dog owner are the same. This is a (purely symbolic) win for animal rights.

Quit Stacking Those Rocks Ya Hippies 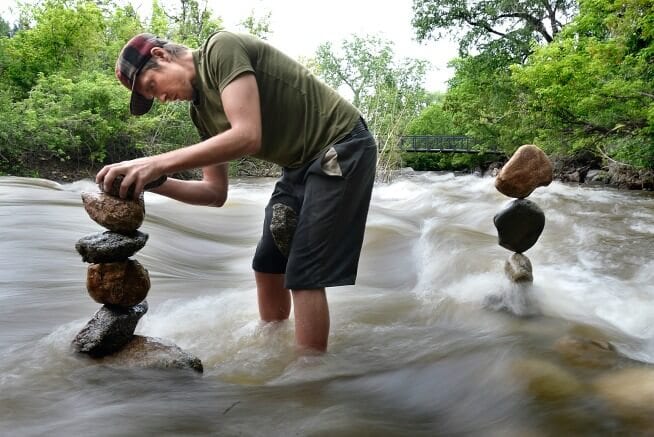 You may have heard that “rock stacking” in Boulder is illegal. Well, you aren’t totally wrong. In fact, no rock or Boulder can be moved on Boulder public property, which includes the local parks. Since rock stacking inherently means moving the rocks, it makes the activity technically illegal on public lands. You could do it in your backyard all day, but as soon as you do it at a local park you become a criminal. Luckily, Boulder PD doesn’t care about rock stacking/balancing, so carry on with your odd hobby. 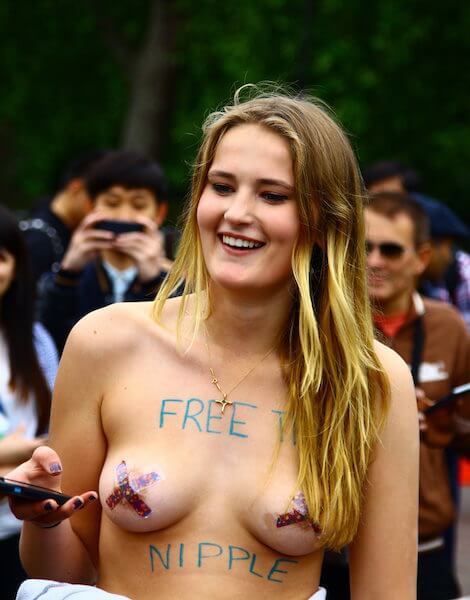 It’s actually completely legal for woman to go topless in Boulder. But given the incredible amount of cat-calling and harassment on any given day warm enough for this activity, most ladies shy away from this privilege. Get your poop in a group fellas and leave those wonderful women alone. Equality benefits everyone (by literal definition). Note that your “downstairs” is still illegal to bare in public. So keep those bacchanalian bits behind closed doors. 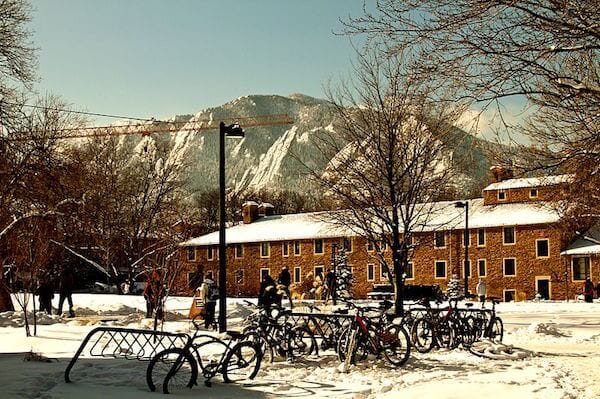 No building in Boulder is allowed to exceed 55 feet high. This law was only broken to compensate for slope issues at 29th Street Mall. But AboutBoulder, you cry, what about Williams Village’s Stearns and Darley Towers? Well fine citizen, everyone makes mistakes. The legislation preventing high buildings was written after, and because of, those giant, orange, Flatiron-blocking buildings. Enjoy the uninterrupted views everywhere else in our beautiful city. 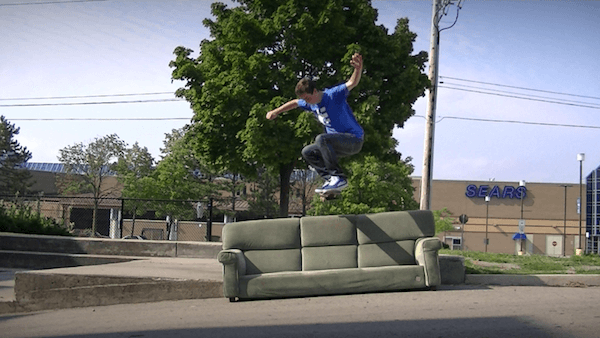 You cannot legally put a couch on your porch in Boulder. Neither can you put one in your yard, side lot, or alleyway. Seems like an unnecessary restriction, right? Well this law was made to prevent the burning of furniture after major victories by the CU Buffaloes. The potential for citywide fire-tsunami is too real for this law not to exist. We know CU is known for its party scene, but come on kids, arson?

Get Your Llama Off My Lawn 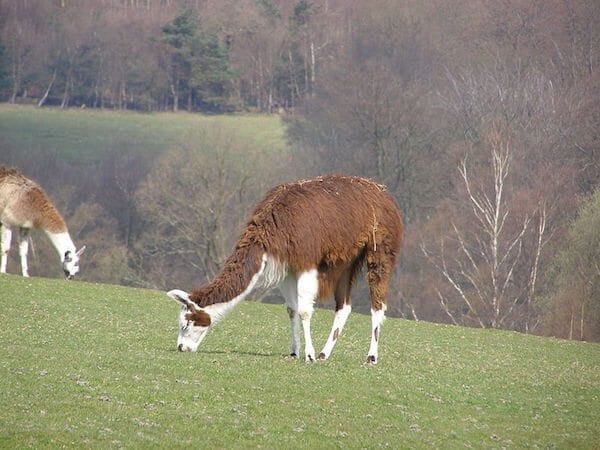 We saved the weirdest law for last. In Boulder you cannot legally graze your llama on public land. It should be noted that the same clause preventing llama grazing also prohibits sheep, goats, cows, pigs, burros, horses, and mules from doing the same. But the fact that llamas had to be included seems to suggest that all of the animals had to be mentioned before the city’s point was fully made. You can graze your animals with the permission of the city manager however. So you can try that if you really need to feed your llama. No promises though.