A Boulder Start-up For The Yogi In Everyone

“Yoga is like music: the rhythm of the body, the melody of the mind, and the harmony of the soul create the symphony of life.” 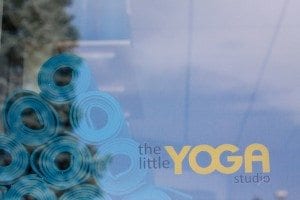 Boulder, Colorado is one of the most brilliant cities in the United States for yogis. Peppered with studios and filled with world-renowned teachers, beginner and advanced yoga practitioners alike have it made. In the midst of all the wonderful array of studios in the foothills, one studio in particular has my heart and makes me feel at home; Boulder’s own, The Little Yoga Studio LLC. This studio is the perfect place for anyone looking to just come in, get on their mat, practice and just be! The studio is bright and clean, the staff welcoming and never once have I walked in and felt intimidated to be there. Each class and style of yoga offered is true to form—nothing else is promoted during class and as a result each time you come you are able to immerse deeper into your own personal practice. The studio is no muss, no fuss and the most affordable yoga Boulder has to offer, with drop-ins priced at just $10.

Founded by Boulder local Amy Benton, The Little Yoga Studio is one of Boulder’s premiere yoga studios offering many styles of yoga with highly trained and highly respected teachers. The idea of opening a yoga studio formed in Amy’s business savvy mind nearly six years before the Little Yoga Studio actually opened its doors. Believing that Boulder was in need of an independent yoga studio that offered a warm and friendly space where students and teachers were not required to adopt a certain ideology to practice, the wheels started turning. In September 2011, the Little Yoga Studio opened to the public. The Little Yoga Studio’s mission? To provide high quality and accessible yoga with highly paid teachers where no identification for what the studio believes yoga should be for anyone else exists; to offer a simple and tasteful space that allows people to just walk in, let go and safely practice on their mat. 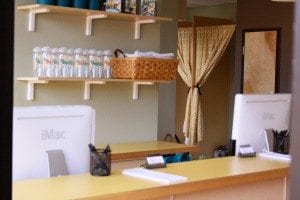 When it first opened, the studio’s staff included approximately forty teachers and offered fifteen classes a day in order to see where and when people were falling class and schedule-wise over time. Co-owner KellyElle Larisey noted that, “It took about a year and a half to two years to find a schedule that worked for our clientele but we are always evolving and changing to meet clients needs and experiment with new classes or ideas regularly, but we know what works now”. The studio became popular quickly—people loved the flexibility of the drop-in studio format and how open and welcoming the studio was. Four and a half years later, The Little Yoga Studio currently employs thirty teachers and offers four to six classes a day, with a large and loyal client base. Classes are available morning, afternoon and evenings with a wide variety of classes to choose from, catering to all levels of yoga; Levels 1&2 Vinyasa, Yin Yoga, Gentle Vinyasa, Power Flow (warm), Sacred Flow, Restorative Yoga, and Kundalini are all classes available at the studio. Some classes even include live music or gong and the Little Yoga Studio is known for having one of the biggest Kundalini communities in Boulder. To keep things fresh, special workshops are offered from time to time such as AcroYoga or Thai Massage. During the holidays the studio even gets quite festive offering special classes such as their Thanksgiving Donation class, New Years Eve Midnight Yoga and New Years Day Detox Yoga.

Unlike other yoga studios in Boulder—and anywhere else really—The Little Yoga Studio doesn’t offer memberships. Instead, it was designed to be a drop-in studio, offering the cheapest drop-ins in town at $10, perfect for the hectic schedules and busy lives many people lead. Moreover, recognizing all the great yoga available within Boulder, Amy and Kelly want their students to be able to enjoy all the yoga offerings in town, not just at their studio or feel that they are tied to the parameters of a membership. In addition to $10 drop-ins, the Little Yoga Studio also offers a 10 class package for $95 and a two week package of unlimited for $40. Additionally, The Little Yoga Studio does partner work with other local businesses to support and promote them, teaming up with businesses like CrossFit Sanitas, Alfalfas, Rally Sport, Rocky Mountain Institute, Ironworks Fitness and Zeal Foods. Employees or members of these businesses receive discount pricing for drop-in classes.

True to the Little Yoga Studio’s mantra, teachers are also provided with a safe and creative space to teach and practice their yoga. There is no set teaching format, teachers can be as creative as they would like in sequencing and will never be asked to sign an exclusive. Amy and Kelly want each of the teachers to have the freedom to teach their unique style of yoga inside and outside the classroom, always honing their craft, broadening their horizons and bettering themselves. Private classes with any of the teachers at the studio are also available during the downtime between classes. The studio is as much the teacher’s space as it is the students. 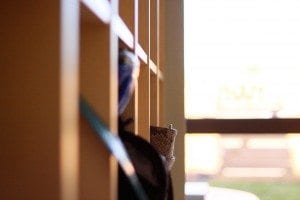 The Little Yoga Studio is located in the Village Boulder Shopping Center, 2525 Arapahoe Ave, between McGuckins and Sprouts, offering classes morning, noon and nights seven days a week. Class schedules, pricing, and teacher information are all available on their website or over the phone: (303) 444-4950

And for those of you always on the go, a free iPhone app for the studio even exists for it! You can check the class schedules on the fly at any moment, I highly recommend it!

About owners Amy and Kelly:

Amy Benton graduated from Louisiana State University and the Culinary Institute of America. She studied yoga, clinical herbalism, acupuncture and a number of meditative techniques in New York, Hawaii, Europe and Boulder. Her greatest achievement is her children.

KellyElle Larisey is a legacy teacher, having been a part of the studio since it’s opening. She has been practicing for fourteen years and received her Hatha teacher training in Los Angeles, California, specializing in alignment based-yoga. She initially wanted to incorporate the philosophy of yoga into her counseling world, but as time went on her practice and dedication to all aspects of yoga evolved into the teacher and business owner she is now.  In addition to teaching and managing the studio Kelly is also a Paleo nutritional therapist, life coach and was recently named one of Boulder Valley’s Top Forty Under Forty by Biz West. 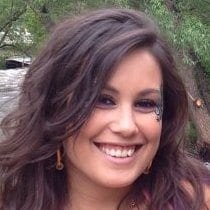