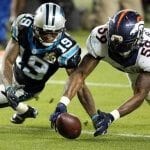 After winning Super Bowl 50, Gary Kubiak, the Broncos’ head coach goes on record to say, “we grinded all year and we just had to do it once more”. Kubiak just gave everybody an insight into the mind of a champion. You see, The Broncos’ season was nothing like the Panthers’. The Panthers destroyed teams and then danced all over the field like children (by the way, I would’ve danced just as much as Cam. Judge all you want.) Their victories were spectacular. They scored points at will. They dominated. Everything they did was stylish. The Broncos’ season was very different. It was a... Read More

The Man. The Myth.The Legend. 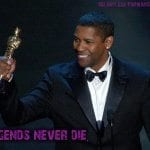 I was almost done. I knew I had to “pitch” my idea to somebody who had been there before. Someone who had successfully done it. Someone who had navigated this treacherous and unfamiliar territory. I knew just the guy. About a year and a half ago, I decided to start writing a column for About Boulder while I diligently worked on my first book, in addition to several of my own personal blogs. As I neared completion of my book project, I starting to get excited. I knew I had put in the hours and had a very solid foundation built for my entry into the world of authorship. I was proud... Read More

Has Nature Trumped Religion in Boulder? 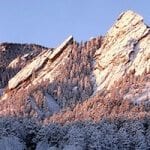 A religious survey conducted in any major city around the US will generally reflect the religious inclination of the state in which they are located. But what about a notable lack of religious affiliation amongst residents? Today we will skim the surface of Boulder’s relationship to religion, and how the prevalence of nature might be an alternative to religious fulfillment. According to a gallup-poll released in 2013, Boulder was just shy of the least religious city/metropolitan area in the US. It was bested only by Burlington-South Burlington, VT. Both cities had 17% of their populations... Read More

What if you could powerfully transform your life by hanging out with friends in paradise? That’s the latest focus of Rachel Zelaya, founder and director of the Adi Shakti Kundalini Yoga Center of Boulder. What is Kundalini?  Kundalini describes the creative, life-force energy powered by the breath and flowing throughout the body. It can be activated by conscious practices designed to maximize your life force. The Kundalini Yoga tradition is one of the most holistic approaches to yoga: it includes asana, mudra, breathwork, meditation and mantra, as well as encompassing lifestyle choices... Read More 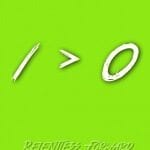 I watched a video a couple weeks ago by Gary Vayerchuk. He is a very successful entrepreneur, author, etc. I honestly don’t know a lot about him, but he seems like a pretty cool dude. He created a video that talked about the struggle he faced in building his business. He is world renown now, but it wasn’t always that way. Vaynerchuk has millions of followers but nobody knows of his early struggles. Nobody knows of the battle he faced in building his millions of followers. The concept that he talked about that was so appealing to me was called, “1 is greater than 0”. He said that if one... Read More 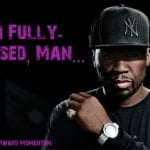 “I’m fully-focused, man, my mind on my money, my money on my mind, got a mill’ out the deal, and I’m still on the grind.” 50-cent Have you ever been completely “in the zone”? What does that feel like? You feel invincible, unbeatable and unstoppable. You are dialed-in. Nothing can distract you from the task at hand. I’ve felt this in the middle of an engineering exam. I’ve felt this on the baseball field. I’ve even felt this shooting 3-pointers in the middle of a basketball game. Nothing could stop the basketball from going in the basket. How do you recreate these feelings to... Read More 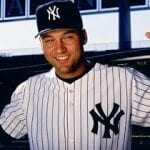 Confidence is self-belief. It is having faith in your own abilities. Confidence is just a surplus of positive thoughts impacting your attitude. When you are consciously or subconsciously thinking more good thoughts than bad thoughts, you will have confidence. It is that simple. We have all had an area of our life where we did not feel confident. Maybe it was delivering a public speech, stepping into the batter’s box against a really good pitcher, or playing an instrument that we were completely uncomfortable with. Our confidence, or lack thereof, was and always will be a function of our thoughts. I... Read More

The Easy Way Out 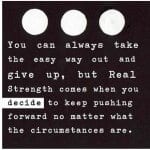 Just the other day I overheard an older gentleman talking about somebody he knew who had an impressive college degree from a very prestigious institution who was apparently, “taking the easy way out”. The young man that he spoke of was working a dead-end night job somewhere for very little pay. The job was barely getting him by and apparently, he wasn’t “using” his college degree. He was a failure to this older gentleman. This kid was apparently “afraid” to pursue a career in the field that he had studied in school. The man continued, saying that this young man wanted to release... Read More

I often hear Boulder being hailed, and sometimes scorned, as a place of liberal thinking. But many fail to acknowledge the influence of Eastern ideology on the culture of Boulder. The Buddhist culture in Boulder is quiet, perhaps due to its dynamic history. It began with the exile of the Dalai Lama after the failed uprising of Tibet against the People’s Republic of China in 1950. Following the failed revolt, China issued the 14th Dalai Lama, and therefore Tibet, an agreement called the Seventeen Point Agreement for the Peaceful Liberation of Tibet. This document cemented Tibet as a permanent... Read More

The Fuel to YOUR Fire 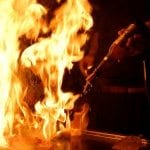 We all possess a secret power deep within us. This secret power has the ability to create and manifest anything that we want in our lives. It is an unlimited catalog that we can place “orders” with, whenever we want. It will give us anything that we want, we just have to ask. Maybe it is wealth, success, new cars or just happiness – whatever it is we can have it. Period. So how do we unleash this power? Visualization. Visualization is the fuel to our internal-fire. Visualization is our connection to an infinite supply of wisdom, creativity and wealth. The Universe is always working to give... Read More 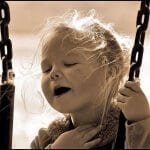 “You possess a kind of inner force that seeks to guide you toward your Life’s Task – what you are meant to accomplish in the time that you live. In childhood this tone was clear to you. It directed you towards activities and subjects that fit your natural inclinations, that sparked a curiosity that was deep and primal. In the intervening years the force teds to fade in and out as you listen more to parents and peers, to the daily anxieties that wear away at you. This can be the source of your unhappiness – your lack of connection to who you are and what makes you unique. The first move... Read More 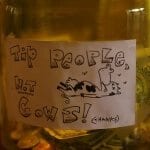 There’s a common misconception that tipping is a generous act and that 10% of the bill should suffice. Unfortunately, we don’t live in an economy that justifies that train of thought or math. As the battle for restaurant workers to earn a living wage continues, it’s crucial for American consumers to remember to tip food servers—and tip them well—every time they dine out or order in (you should tip delivery people too). Food service employees depend on tips for their livelihood and customers who think tipping is optional are either totally oblivious or just cheap. In some states,... Read More

Entrepreneur – The Dirty Word That My Dad Hates 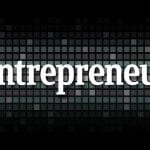 A true entrepreneur is not just somebody who doesn’t like to work for others. It is somebody who has a burning desire to create new systems and build upon existing ones. An entrepreneur is always thinking of ways to improve everything they come in contact with. Successful entrepreneurs have a part of them that is extremely lazy. This laziness is what causes them to relentlessly think of new ways to make things easier on everybody. They are obsessive problem-solvers; they see every challenge as an opportunity to show people a better way of doing something. The typical office environment drives... Read More

I Am So Incredibly Grateful For….. 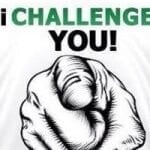 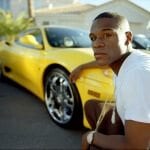 Love him or (most likely) hate him, Floyd “Money” Mayweather has proved yet again that he is unbeatable. 48-0. He is one win shy of tying Rocky Marciano’s record of 49-0. Floyd intends to tie the record in September and then retire as one of the greatest pound-for-pound boxers of all time. He is very clear about this goal. I have no doubt that he will accomplish it. Mayweather started his professional career as “Pretty Boy Floyd” and was just a shadow in the background of Oscar De La Hoya’s spotlight. Mayweather was winning fights but he was not nearly as famous as he is now. He was... Read More 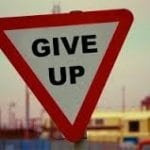 We all have goals, dreams, visions and things that we would like to accomplish. I hope. I am surely wrong. Some people will drift aimlessly their entire life – allowing their negativity to become their reality. These people have not really given up on their dreams, they don’t really have any to begin with. If you have no desire to attain something you cannot fail. That is a safe way to have a terrible life. This blog is targeting people who actually do have goals and dreams. They have things that they DO want to accomplish. This blog is for you. All the people who are fighting every day to... Read More 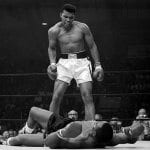 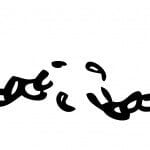 Call me a trouble-maker. Call me a non-conformist. Call me an entrepreneur. Call me right, or call me wrong. Just don’t call me accepting of the arbitrary definition and schedule of “work”. I think many people misinterpret the difference between “work” and “adding value”. The definition of work should be “Creating and adding value to somebody, somewhere”. Why does this have to be confined to such a rigid and miserable 9-5 schedule? Why does it have to be the bane of most people’s existence? Why can’t work become more a fluid concept integrating all of our passions – personal... Read More 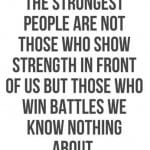 I am constantly spending my time reading and re-reading books that have resonated with me. It is always fascinating how your current circumstances will open your eyes to new messages. It seems as though you will always find the right message at the right time – if you are open to receiving it. I came across these 2 quotes in a book titled, “Creative Mind and Success” by Ernest Holmes. This is a phenomenal book full of incredible advice. The first quote is as follows: “The world seeks strength; be strong. The world loves love; embody it; see the good in all people; let go of all else. People... Read More 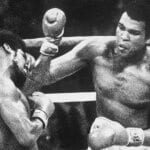 In anticipation for the release of my latest book, tentatively titled Against The Ropes, here is a chapter that didn’t quite make the cut. Enjoy. Follow me on twitter @MatthewR_Harris for the latest details.  Overcoming the Internal Battle It is all mental from here on out. Your body is exhausted. So is your opponent. Don’t allow your own mind to become a stronger opponent than your actual opponent. Make sure your mind is on your side. The battle is now inside of you. Your body is well beyond the threshold of pain that you could have trained for. You are battling your own self-talk. Your... Read More

Tagged: against the ropesboxingInspirationlaunchMotivationSuccess
« Previous Entries