A Different Green for St. Patty’s this Year 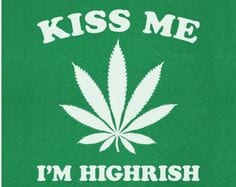 It seems perfectly pertinent on this St. Patrick’s day – as millions of Americans are already in the process of shirking all adult responsibility and becoming intolerably drunk – to point out the significant differences in today’s choice of recreationally available substances.
More than 135 million (52.1%) of American’s over age 12 reported that they drink alcohol. Now don’t get me wrong, I love a good Craft Lager or Double Chocolate Stout as much as the next full blooded Irishman. However I have, in my short time on earth, seen friends with serious drinking problems and had binge drinking problems myself. Virtually anyone who goes to college these days has a scary percentage-type chance of becoming dependent on alcohol or at least in a position where they abuse alcohol a few days a week. Without fail every weekend at my Alma-Mater, the University of Virginia, kids would pick up cases of beer, handles of liquor, and scout off in the direction of the loudest day-drinking party they could find.
There is never a shortage of party-hards on any college campus, and the problem becomes that poor decisions are contagious. On Greek heavy campuses, drinking becomes part of the ritual of acceptance – a way to prove that you’re one of the boys or the girls, or even just a way to break the ice with your Greek mixer date.
Hindsight being 20-20, I now realize how absurd college drinking culture is. It is especially dangerous on college campuses where the potential for reckless abandon involving alcohol combined with inexplicable desire to impress peers is so high. One last alcohol fact that is hard to ignore – annually about 29,000 people die from alcohol overdose alone. This number does not include people who die from other health complications related to life long abuse of alcohol. Surveying the long lists of data available to every sentient human with internet access is enough to prove without doubt that alcohol is not a very safe recreational drug. Just look at your local newspaper headline tomorrow for the damage caused by St. Patty’s in your town. 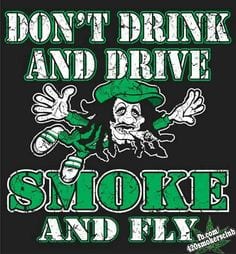 These facts are understandable considering the social acceptability of alcohol as compared with the social stigma cannabis still carries. Fewer people use marijuana because of the long standing anti-drug sentiment created by Nixon era politicians. However their scare tactics are so outdated and off-base that most of the people who can remember Nixon talk openly about how they never thought weed was all that bad. In fact, I see more and more people in the 50 and above demographic every day. Many claim they are scared of the potential repercussions of buying weed over the counter from me, but that they think this change in culture in Colorado is really a positive thing. Their most common question is, “but is it easier for kids to get it?”

This question is inherently pretty tricky to answer. Of course as you regulate the possession of a once very illicit substance to make it more readily available to adults, then there will inevitably be a trickle down effect into the hands of younger people. Not all adults are responsible enough to hide their marijuana products out of sight and reach of young adults. I myself was pretty capable of finding my parents liquor stash as a curious 13 year old. What to stop kids from doing the same investigative work to find their parents cache of pot cookies or smoking accessories.
Having been a cannabis and alcohol user for lets say a decade plus or minus, I can say one thing with personal certainty: marijuana has much less of a negative impact on my life than alcohol. I can smoke marijuana all night before waking up to go to work and not have a hangover. I can use marijuana for hours and walk a straight line. And in fact, typically when I am suffering from the worst side affects of alcohol, a little bit of marijuana is the best cure for a hangover or the spins. In fact marijuana use has been shown to mitigate the detrimental effects alcohol has on dehydrating and damaging the brain. Lastly, and perhaps most importantly, there are zero overdose deaths from marijuana on record… EVER. Oh yea, and most science now is pointing towards the fact that it CURES cancer.
Most people already know these important facts, but again checking them yourself is the best way to understand what is true and what is not. Also, I am a staunch observer of testing false-seeming hypothesis from over funded government agencies on myself. Talk to a bud-tender at a local dispensary, seek the information for yourself. You don’t have to smoke it, you don’t even have to eat it. The market and the cultural surrounding marijuana is constantly evolving, and there is a niche for everyone. This St. Patty’s instead of over indulging in alcohol, try a reasonable dose of marijuana and relax at your home for a change. I am sure you will find a million and one reasons to make good old weed your new recreational drug of choice over society’s lubricant, the evil, yet highly enjoyable booze. 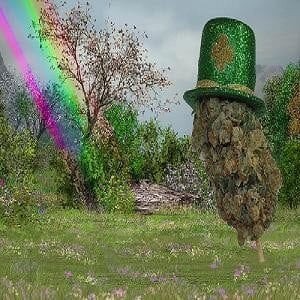