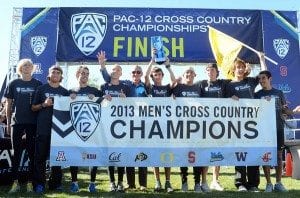 Via the Daily Camera

Colorado Cross Country has done it again. On Saturday, November 2nd, the Buffaloes hosted the Pac-12 Cross Country Championships for the first time since 2002 and represented their home turf justly by coming out swinging (or sprinting, rather).

The weather was just right for running on Saturday, with cool temperatures and very little wind as thousands of fans poured onto Coal Creek Golf Course in Louisville to cheer on the racers. Among the audience were many of the CU alumni who contributed in the past to establish Colorado as one of the premier running programs in the nation. Olympians, NCAA champions, and even World Champion runner Jenny Simpson were all among the crowd rooting on their fellow Buffs. In response to the star-studded audience, runner Blake Theroux, a junior, commented that it was, “a lot of pressure,” according to the Daily Camera.

Judging by the results of this race, the Buffaloes work quite well under pressure.

Just last month, following their performance at the NCAA Pre-National Invitational, the Colorado men’s team established themselves as the nation’s top rated cross country program for the first time in over a decade. Saturday’s race earned them their third Pac-12 title in a row and only served to confirm that position.

On Saturday, the men’s team placed five runners in the top nine and scored 28 points, which is the best score yet of their past three conference titles. CU’s toughest competition in the Pac-12 conference came from the University of Oregon, though the Ducks and their fancy Nike footwear were forced to settle for second place in this race. Stanford took third.

Blake Theroux led the men’s team. He finished the eight-kilometer race in third place overall with a lightning fast time of 24:47. To put that in perspective, I can barely make it across campus to my classes in that amount of time! Theroux’s teammates were not far behind: Connor Winter, Ben Saarel, Pierce Murphy and Ammar Moussa all finished within 28 seconds of him.

The women’s team took second in Saturday’s competition and were a mere six points away from upsetting top-ranked University of Arizona. Shalaya Kipp was the top woman runner for CU, finishing in eighth place overall. “I am so proud of our team today,” said Kipp, according to the Denver Post. “Second to No. 1-ranked Arizona, within six points of them, we had a lot of girls step up and really give it their all. The crowd was great. It was so loud.” 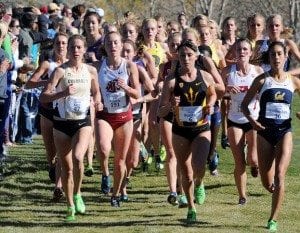 Via the Daily Camera

Runners on both the men’s and women’s teams mentioned the significance of running at home to a cheering crowd of community supporters. According to the Denver Post, Theroux commented that Saturday’s race was, “More important than NCAAs, maybe, winning at home in front of this crowd. It means the world.”

Up next for the Buffaloes is the Mountain Region Championships, which will take place in Ogden, Utah on November 15th. From there, the top two teams will move on to the NCAA Championships held in Terra Haute, Indiana on November 23rd. 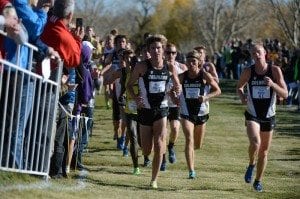