The Stanford marshmallow experiment was a series of studies on delayed gratification in the late 1960s and early 1970s led by psychologist Walter Mischel, then a professor at Stanford University. In these studies, a child was offered a choice between one small reward provided immediately or two small rewards if they waited for a short period-approximately 15 minutes.  In follow-up studies, the researchers found that children who were able to wait longer for the preferred rewards tended to have better life outcomes, such as educational achievement and body mass index. While the original study was designed to determine at what age children develop the ability to delay gratification, the results speak to delaying gratification and its relationship to our personal success. 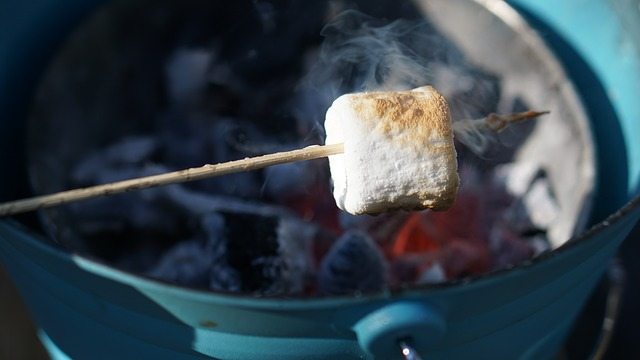 Many believe that impulsivity, or the inability to choose the larger delayed gratification of weight reduction, over the immediate reward of eating a candy bar, is a matter of  self-control, but it’s not that simple. Biology wires our brains by observing our early life experiences to determine how our world should be, and our brains are hard-wired to eat when food it is available. Stephan Guyenet, author of the book The Hungry Brain, argues that the problem is not necessarily a lack of willpower or an incorrect understanding of what to eat. Our appetites and food choices are led astray by ancient, instinctive brain circuits that play by the rules of a survival game…a game we no longer have to play.

Delaying gratification posits that many of us would prefer to have a healthy body weight rather than eat a piece of cake. The problem is that the piece of cake is available right now with little effort beyond lifting our fork, whereas the healthy body weight may require time and exertion. Immediate rewards weigh disproportionately in our decision making.

Growing evidence supports the concept of a cognitive profile of obesity.  This could be welcome news if you have struggled to lose weight, as it demonstrates that people can improve their ability to delay gratification. Many who have less ability to delay gratification, do something called delay discounting, in which they discount future rewards in favor of smaller, immediate rewards. This tendency is associated with greater consumption of highly caloric, ready-to-eat foods. It has been suggested that if people could modify delay discounting, they would be more successful at losing weight.

Future thinking, or the ability to envision scenarios for a desirable future, is one strategy to reducing delay discounting. In a recent study, researchers demonstrated that overweight and obese women ate less when they were imagining themselves in enjoyable future scenarios. More work is certainly needed to test the benefits of future thinking as a strategy for changing our cognitive profile.  For now, consider focusing on something positive in the future to keep you on track in the present.

It’s not yet clear what it was about future thinking that resulted in fewer calories consumed. Nonetheless, this work suggests that there may be simple things we can do to curb impulsive behavior.

Andrea Groth
Andrea wants to live in a world where the neighborhoods are walkable, bike lanes are plentiful, and the food is fresh, delicious and readily available. A 20-year veteran of the health and wellness industry, she started her career in the fitness industry while earning a master’s degree in Exercise Science and Health Promotion, and then on to the burgeoning field of worksite wellness. Andrea has competed in collegiate level soccer, worked as a personal trainer, fitness instructor, wellness coach, and master trainer, climbed 14ers, and completed cycling centuries and metric centuries. All of these experiences give her the opportunity to view well-being from many different perspectives. When she’s not helping others to be their healthiest self, you can find her at a farm to table restaurant, down dogging at the yoga studio, or experiencing the Colorado landscape on a bicycle, snowshoes, cross country skis or on foot.
See More Articles From Andrea Groth
Tagged:
Boulder Colorado Air Quality