Faces of Boulder- Lucien – “Biking, climbing, dancing…I do a lot,”

Lucien has been illuminating Boulder with his bright smile since 2005.

While running his own somatic psychotherapy and bodywork practice, Shifting States, Lucien also manages to make time for his passion of dance as a member of the Boulder Contact Lab.

“It’s a type of improv partner dancing where there is always one point of contact between the two dancers,” Lucien explains.

Lucien has lived in Boston, Madrid, and San Francisco. He has also lived off the grid in Hawaii for a year. “We just don’t need that much,” Lucien says, reflecting back on that year.

When you can see two touching fingertips as dancing, like Lucien, that is when you have truly learned the value of simplicity. 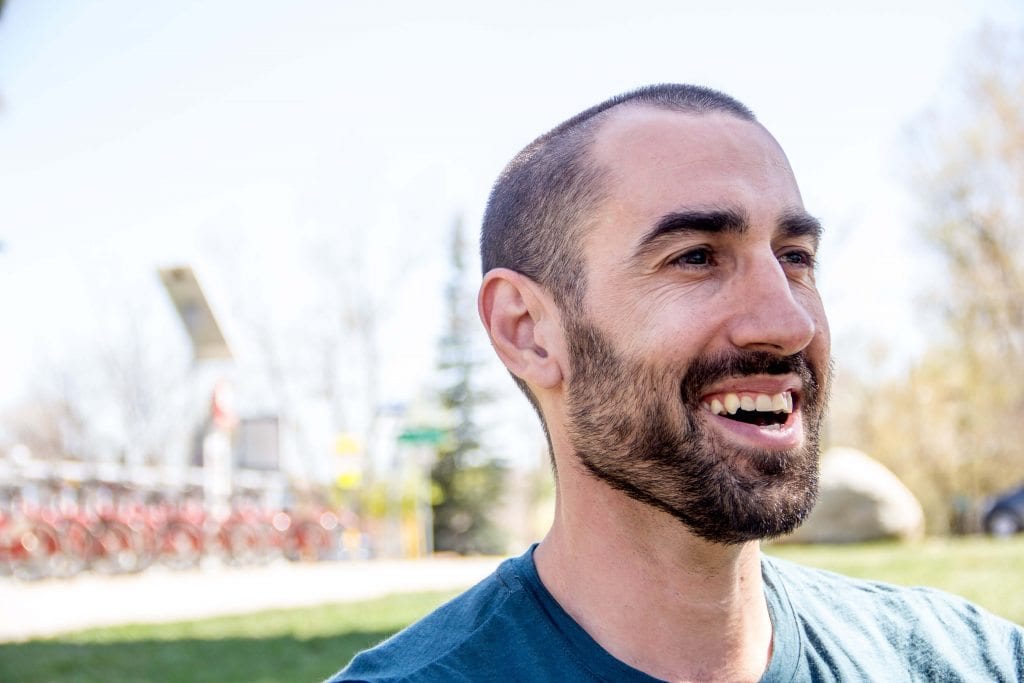