Is Colorado Really A Healthy Place to Live? 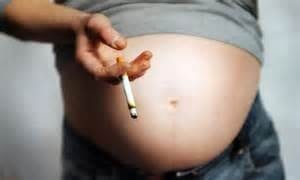 Recently, the American College of Sports Medicine released their 2016 Fitness Index, a scientific snapshot of the state of health and fitness by metropolitan area. The report looks at the 50 largest metropolitan areas in the United States, as defined by census data. Metropolitan Statistical Areas (MSAs) were chosen as the unit of measurement because they represent the group of counties comprising the larger urban areas where residents live, work and access community resources.

The Denver metro area ranked 3rd in the nation on this index, largely because over 80% of us are physically active and just under 3% of our population has heart disease.  Here’s the bad news.  Coloradoans as a whole don’t eat enough veggies and in the Denver area in particular, only 16.6% of us eat the recommended 3 servings of vegetables.  We also have a smoking rate of 14.6%.  That’s pretty high for a city that has been touted as one of the healthiest in the nation. I speculate that our standing in this and other ratings, such as BRFFS data, which tracks the obesity rates by state, will change in the next decade.

In the last year, about 100,000 people have moved to the Denver metro area.  The largest group moving to this area, by far, is the millennials.  Not coincidentally, millennials have the highest rate of smoking compared to all age groups. Some studies show the smoking rate of this group is around 22%.  Millennialmarketing.com reports a rate of nearly 30%. At the very least, that means on-fifth to nearly one third of the population is smoking!  In addition, obesity affects one-third of millennials.

What does this mean for Colorado?  It could mean that utilization of healthcare will rise.  Lifestyle-related behaviors like obesity and smoking are known risk factors for heart disease, stroke and other health issues. As millennials with these conditions age, they will be using the health care system at higher rates than healthy individuals.  This is an interesting development since millennials as a group are interested in preventive health.

Only time will tell how the millennial population will impact life in Colorado.  We’ve already seen that the influx of new residents in Colorado is causing housing shortages, high rents and a low inventory in the housing market, and a strain on our roads and other  infrastructure.

Take a look around the next time you are out. You may notice that the landscape of the population is changing… and perhaps not for the better.

Andrea Groth
Andrea wants to live in a world where the neighborhoods are walkable, bike lanes are plentiful, and the food is fresh, delicious and readily available. A 20-year veteran of the health and wellness industry, she started her career in the fitness industry while earning a master’s degree in Exercise Science and Health Promotion, and then on to the burgeoning field of worksite wellness. Andrea has competed in collegiate level soccer, worked as a personal trainer, fitness instructor, wellness coach, and master trainer, climbed 14ers, and completed cycling centuries and metric centuries. All of these experiences give her the opportunity to view well-being from many different perspectives. When she’s not helping others to be their healthiest self, you can find her at a farm to table restaurant, down dogging at the yoga studio, or experiencing the Colorado landscape on a bicycle, snowshoes, cross country skis or on foot.
See More Articles From Andrea Groth
Tagged:
Boulder Colorado Air Quality