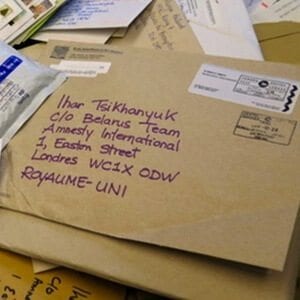 In lieu of the recent current events and with 2015 nearing its end, one might be asking how we can contribute to the maintenance of our safety. What does is mean to feel safe, emotionally, physically, mentally, spiritually? What is the impact of one individual? What is our worth on this planet and how do we not get bogged down by the immensity of our capacity to destroy? How do we rise to do our part and respond, instead, with our hearts- to heal, to love, to resolve?

Jordan Thomas, a twenty-year old Junior at CU Boulder, majoring in International Affairs, has been president of the Amnesty International club for over a year. With the world’s seemingly relentless ailments as of late, there seems to be an added pressure for these humanitarian based organizations to do something. Thomas responds with a radiance that leaves everyone a little more hopeful at the end of the day.

On December 10, Thomas organized the CU Boulder chapter Amnesty event called “Write for Rights,” the largest letter writing campaign to date, where students gathered to write on behalf of human rights abuse cases occurring in other countries. The national leaders of Amnesty presented members and attendees in all chapters the option to respond in support to those victimized and oppressed by injustice, or to respond directly to the President or authority that has enabled such conditions.

With finals in full swing, leave it to Thomas’ unrelenting spirit and drive to lead an event that forces individuals to think at a more global level, despite every student’s expected stress level at this time. CU’s Amnesty chapter functions quite differently than most; it begins with one person’s idea, who discusses it with another student, who emails the leaders of other organizations, who collaborate to put on a great event. Ranging from past film screenings on reproductive rights to future plans addressing freedom of expression, women’s rights, refugee rights, sex trafficking and gay rights, to name a few, it can be overwhelming to organize and prioritize, when the world is so in need.

Thomas, having recently returned from studying abroad in the Dominican Republic, speaks to her passion and her ability to work with the world’s everlasting longing for peace. She says, “The idea of giving everyone the dignity to make their own decisions…to give them the basic human principles we should all be given, allows us to feel compassionate for those who don’t have those privileges…the things we take for granted.” In the DR, Thomas interned for a school that served as a safe home for children who made a living shining shoes on the streets. Thomas expresses gratitude for being part of an outlet that allows kids to be kids. She emotes, however, that the experience was “a reminder of how sad it is that [school] is their space to be kids; they should always be allowed to be kids” (Thomas). Thomas’s ability to compartmentalize the struggle and find solace in her individual contribution is a commendable skill we can all learn from. Her integration of living in the DR presents itself in the form of Amnesty International here in Boulder, where Thomas explores the relationship to “self,” “other,” and “world” in a mindful and productive way. 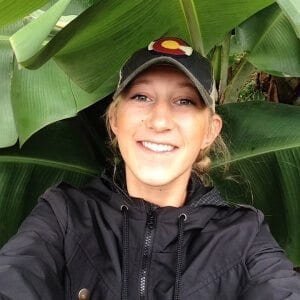 In regards to event turnouts, Thomas realizes that her event outcomes are not so much a reflection of her, personally. During finals week, five people show up to the Write for Rights event, so Thomas responds, “Okay, five people show up. You have to think of it as five people who are trying to make a difference and focusing on what you’re actually trying to do.” Perhaps only five people showed up, but that’s thirty letters that were written on behalf of the oppressed, with the intention of stirring communication between the governments to take action in response to our demands and requests for justice. Thomas understands Amnesty’s magic, in that “it will present itself the way it’s supposed to; it can be draining, but live your life and be conscious of the difference you’re making;” things come together as a representation of Boulder‘s strong human and student body (Thomas). There’s a trust here, that Boulder residents will show up for one another; that action will happen with a little push here and there. Caring about causes comes with the territory of living here; there is intention engrained in every corner of this city. With that, Thomas masterfully understands how to work with it; she comments on the strength of the CU outreach community and relies on other humanitarian-based organizations to help share her visions. There is immense intelligence in the way this organization is running: if one person wants to make a difference, they find a way to make it happen. These students know that no productive change can come from forcing people to care.

Not everything can be successful when done by word of mouth, but Boulder is different. We are the center of all advocates, activists and action-takers. Last year, Amnesty took two million actions against the governments and systems that oppressed ten individuals in other countries. Two million actions in support of ten individuals. Omar, a participant in the Write for Rights event, explores his perception of what makes Amnesty in Boulder work. He believes the “best way to keep Amnesty alive is to get people in the same room, have an agenda, and act on it.” The reason people do not act is not so much the focus in Amnesty, as it is about working with the people who want to do something. Some people fear their own abilities in this world, to do for better or for worse. Some people feel stuck. Some people need to be told how they can help. Some people need people like Jordan Thomas to lead the way. Amnesty International may be one of the only organizations that allows participants to connect directly to the individuals impacted by abuse or injustice. It redefines the meaning of helping people and giving support. At the end of the day, what does it mean to be human? Where is your humanness? Keeping Amnesty alive is not only for the benefit of the organization, but it is in service of your own life and every other one that is waiting to hear from you.

To share ideas with Jordan regarding future goals, events, or inquiries, you can find her at jordan.thomas@colorado.edu.