Love Thy Neighbor, Don’t Fight Him On GMOs

Boulder is a famously health-conscious place—it’s consistently ranked as one of the fittest cities in America, and the abundance of beautiful trails and natural foods stores certainly makes it easy to be healthy and active. Unfortunately where interest lies, misinformation usually follows, and that’s the case with GMOs. Around here, you’ve probably seen labels on all kinds of food proudly trumpeting “Contains No GMOs!” but that little label is much more loaded than with just information. It’s a deeply emotional issue, one that forms unbreakable opinions on both sides and discussion between the warring factions seem to devolve into a shouting match rather than sparking thoughtful debate. There are two main issues: whether we should be labeling all GMO foods and whether we should be making and eating them at all.

Those who are pro-GMO deem the wary ones as scientifically illiterate, while anti-GMO people accuse the other side of being stooges for Big Agriculture. The insults are more reminiscent of a schoolyard rather than from adults who share a common goal: to do what’s best for their health. Genetically modified organisms are synecdochial for agricultural technology problems in general, and are therefore the scapegoat for peoples’ negative feelings about all of them.

To start simply, a GMO is a genetically modified organism. Thanks to advances in modern technology, we can now cut out a section of one species’ genome and insert it into another species to make the final crop more productive, like herbicide-resistant corn or rice that’s rich in beta-carotene. An argument commonly made in favor of splicing is that we’ve been selectively breeding species for thousands of years, and we’ve seen almost nothing but benefit from it. Unfortunately, crossbreeding is different from genome splicing in every way. Crossbreeding depends on meiosis, which is basically a genetic roll of the dice, and surprising new combinations are always possible through chromosomal recombination. So unexpected, potentially harmful results could affect the whole organism through a biological process known as pleiotropy. Because gene splicing only affects a specific region of the genome, it can be much more predictable and safer than crossbreeding, but this completely legitimate point is usually lost in the vitriol.

Gene splicing can be seen as the natural next step in the march of agricultural innovation, but there are legitimate concerns about this approach, including questions about whether genomes should be patented, how they can be fairly regulated, and whether this is fair to small farms (spoiler alert: it’s usually not). Those who are anti-GMO, or at least in favor of labeling all GMO products, can argue that shoppers have a right to vote with their dollar and not support large agricultural practices they disagree with. Unfortunately, again, this completely legitimate point is lost in the vitriol.

I can say two things with certainty: GMOs are biologically safe to eat (just check out the literature), and that we should all spend less time fighting and more time listening to each other. Our future depends entirely on agricultural development and the world’s capacity to feed our mushrooming population. To quote a paper I just cited, “the only way to determine whether something is environmentally sustainable or healthy is to do the science and find out”. Polarizing any debate erases all of the hard-won knowledge and nuances that are so often crucial to understanding on a greater scale. Banning GMOs entirely will cause a host of unexpected problems as will carelessly embracing them. A greater understanding of the facts and between people with differing viewpoints is essential, otherwise a lot of people will be going hungry in the near future. 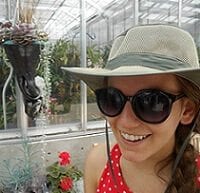