Mork Versus the Subaru

Let’s look at 1978 for a moment. The Camp David Accords were signed, Japanese car imports soared in reaction to petroleum shortages, and the comic strip Garfield debuted to a world bereft of lasagna-scarfing cats.

Another debut, of a TV sitcom called Mork & Mindy, came a few months later. And for Boulder, this hit much closer to home.

Mork & Mindy was a spin-off of the 1950s-themed Happy Days. In one episode Mork (played by Robin Williams), an alien from the planet Ork, visited Milwaukee to obtain a human specimen for study. Richie Cunningham (Ron Howard) would’ve been that specimen, if not for The Fonz (Henry Winkler) stepping in. And in case you’re wondering, yes, crazy plot turns were common by then for the show, even spawning the idiom “jumping the shark” (again, thanks to The Fonz).

In Mork & Mindy the alien travels to 1970s Boulder, to continue his study of humans. There he meets an open-minded sweetheart, Mindy (Pam Dawber), who agrees to let him live with her. They became fast friends, and much more as the series progressed. 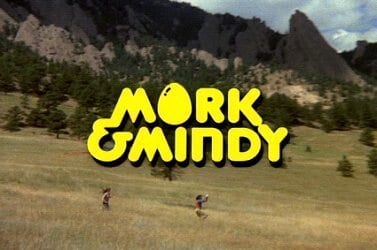 Given that premise, as well as Robin Williams being off-leash, manic hilarity and weirdness ensued. Audiences ate up Mork trying to understand human mores, shepherded with a delicate hand by Mindy. As he learned, the assumption went, so would we. 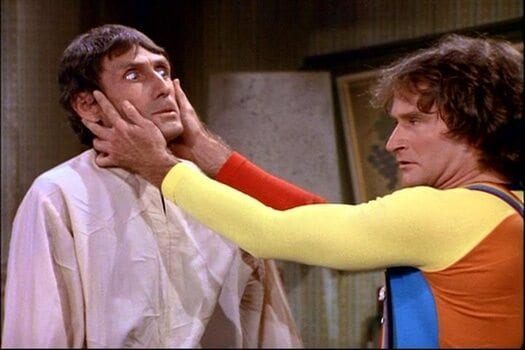 Adjacent to that optimism was a running joke-come-subtext: Boulder itself was so weird that no one, except Mindy, noticed Mork wasn’t from around here. Late-70s youths, it seemed to imply, were indistinguishable from extra-terrestrials. Squares—meaning older neighbors and townsfolk—reacted stronger to unmarried coeds living under the same roof than Mork’s bouts of alien babble, painting them as both progressive (by not balking at his behavior) and conservative (by handwringing over cohabitation) at the same time. This, then, makes clear the thrust of the show was in exposing generational divides, not sci-fi tropes. 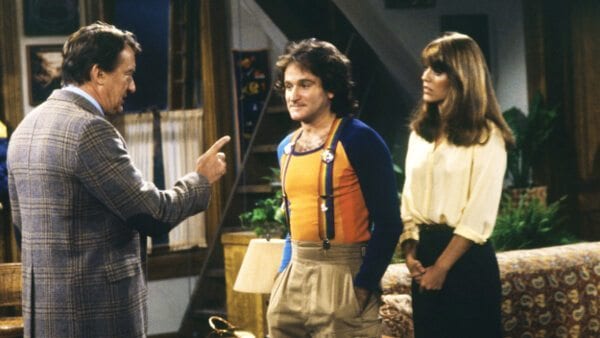 Mork and Mindy and a Lecture | credit: Today

1978 Boulder was, in fact, rife with those divisions. Vajradhatu (a Buddhist organization, which later became Shambhala International) was established, as was Naropa Institute and its Jack Kerouac School of Disembodied Poetics (the latter co-founded by Allen Ginsberg). Boulder’s first “comprehensive plan”—aimed at guiding growth, development, and environmental protection, among other elements—was in place; championed by Charles Haertling, the Pearl Street Mall was built the previous year. But keep in mind that only a decade earlier, in 1967, Boulder repealed its self-imposed “dry” laws, that working cowboys were still a regular sight, and long time residents witnessed a population boom that would transform the town from sleepy to cramped.

Boulder is still considered weird, though often as a matter of reputation. For every granola-stereotype hippy there are two geek-stereotype software developers. Where once you couldn’t help seeing counterculture acolytes, these days you’re more likely to come across well-heeled scions. Simple hovels have largely been replaced by luxury condos; sputtering VW buses have been crowded out by top-of-the-line Subarus. 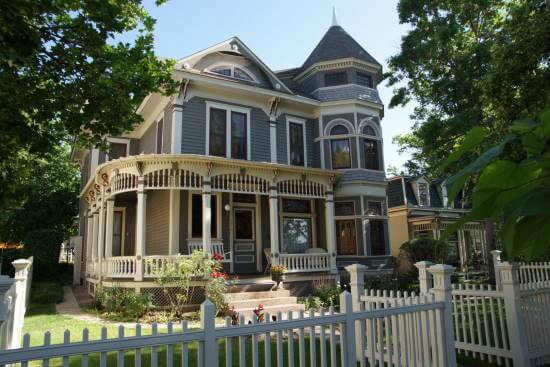 In other words, Mork wouldn’t be so safe. If the show were made today, his naiveté would be traded for knowing irony. Mindy’s sweet acceptance would be replaced with something closer to solipsism and paranoia. Rather than bumble through social taboos, the two would likely butt heads over non-organic foods and bike lanes. Some of this is due to differences between the late-70s and mid-2010s, of course, but not everything.

Boulder’s once overflowing fervor, it can be argued, has cooled to a self-conscious boil. Wealth and notoriety do that; one generation’s hardscrabble revolutionaries are another’s comfortable soccer parents—often embodied by the same people. Whether that’s better or worse is up for debate. And it’s anyone’s guess if the Boulder of today is truly weird, or simply branded as such. In the end, I suppose we’ll have to wait for Mork & Mindy Sell Their Mapleton Hill Mansion to show up on our Netflix queues to know for sure.