When the days get cold, it’s hard not to turn your attention to the weather. And when it comes to fall and winter that means snow. Come on: more than a few of us live in Colorado for that very reason.

Where there’s snow, of course, there’s skiing, snowboarding, and a host of other activities. That probably brings to mind the big Summit County resorts—your Beavercreeks and Breckenridges and Keystones. Closer to town, there’s the always scrappy Eldora; while their snow tends not to be as deep, their territory not as expansive as the mega resorts, they make up for it in coziness. And better prices. And, for those of us in Boulder, convenience. 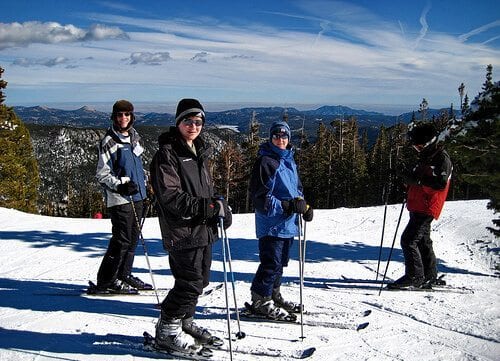 But, once upon a time, even that wasn’t enough. Because not all that long ago, Boulder had its very own ski area.

In October 1947, sporting goods entrepreneur Bert Street put out a call for help. The town responded, working to clear a portion of Chautauqua Park of rocks and other potentially hazardous flotsam. His aim? To create a place for Boulder residents to ski in their backyard.

Keep in mind that skiing hadn’t yet widely caught on as a recreational sport in the U.S. It was in 1936 when the first chairlift was designed and installed in Sun Valley, Idaho. A year later Aerolite—a formaldehyde-based adhesive—was invented, offering significant improvement over animal protein-based adhesives, which tended to weaken under the stress and moisture involved with skiing. A cellulose plastic base wasn’t put on skis until 1944; the first metal/ wood laminate ski didn’t come about until 1945. These improvements, among others, helped bring skiing into the households of average Americans.

By January 1948, enough work had been done in the Chautauqua area that a children’s ski jump was completed. Immediately, excitement built. So much so that a plan was hatched to hold the nascent Junior Ski Championships on the tiny slope in February of that year. To help things along, local Felix Dunbar—not long returned from WWII, where he served with the famous 10th Mountain Division Ski Troops—was enlisted to give lessons to the uninitiated. 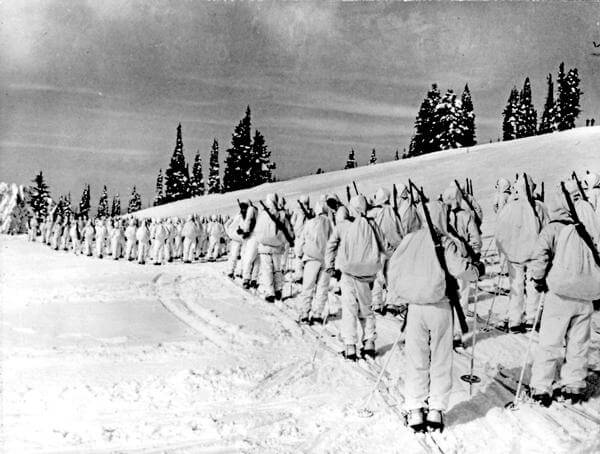 That same year Harris A. Thompson, a CU professor of electrical engineering, began plans for a rope tow to serve the blossoming Chautauqua slope. Designed to be around 860 feet long and serve 1,200 skiers per hour, it never came about, due to the same healthy snow that kept Boulderites happy all winter long making it impossible to sink the needed support poles.

Undeterred, Thompson submitted an official plan for a rope tow to the Boulder city council by May of 1948. Though his own work, and that of a local service club called the Jaycees, Chautauqua Park was cleared of rocky debris and ready to go by November. Then, in December, it was officially announced that Chautauqua Mesa ski area—with three ski jumps, one improved slope, and an 800-foot rope tow (powered by a decommissioned WWII truck engine)—would be ready to go by January 49’. 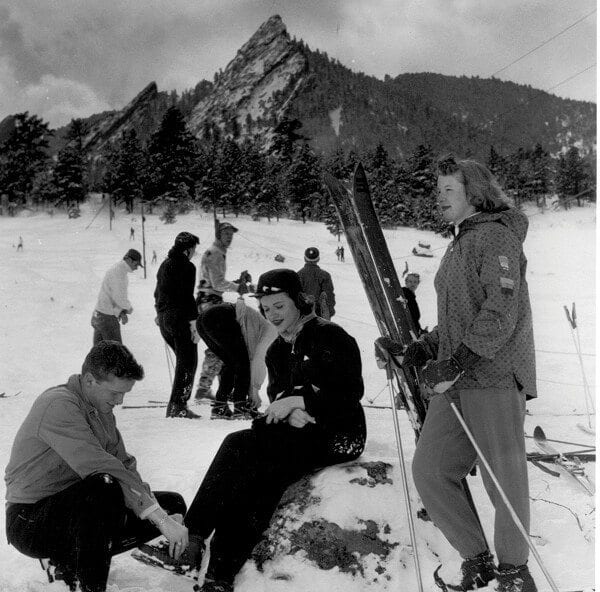 As quickly as it came, Chautauqua Mesa’s ski history went. Work was done to create a permanent “city ski jump;” more robust plans were made to hold ski lessons, in order to capitalize on the increasing interest in the sport. These ideas came to a halt due to a lack of snow, and didn’t move forward for the inconsistency in such that comes with being on the Front Range.

An attempt was made to rekindle Chautauqua Mesa in 1962-63, though gained little steam. Jumps were made, slopes were groomed as much as possible by hand, but inconsistent snow took its toll. When combined with Eldora opening in 1962, and the first resorts coming about in Summit County that same year, there were plenty of opportunities for skiers to find their fix. For several months, over four years, though, it was as easy as heading toward the Flatirons.