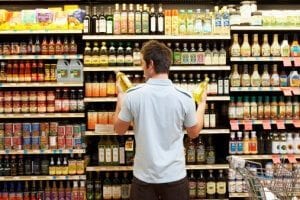 Last night I went out to the bars sober. It doesn’t sound like a big deal, but have you ever actually been around drunk people for hours on end while being stone cold sober? It’s a lot harder than it sounds. A couple days ago I decided it would be a good idea to go on a ten day cleanse. I am currently on my 7th day. Up to day 4 it was a struggle, but now that I’ve broken through the wall, these next three days are going to be a breeze.

I went out with two of my best friends on Thursday night thinking that it would be totally fine if I wasn’t drunk because I’ve been sober around them being drunk before and didn’t mind it. I thought that I would be the mom of the group this time and keep track of everyone and everything that was going on. Let me say that I am very responsible with my drinking, when I do it I’m fully conscious of my surroundings at all times. I will never be able to go out to the bars sober again. For some reason, this Thursday night seemed to be the night that everyone who is 21 and over decided to go to the bars. Every place we went to was body to body packed with people, which hasn’t happened for a while. If I had consumed alcohol, waiting in long lines, getting pushed around by strangers, and getting drinks spilled on me probably wouldn’t have bothered me as much. One thing that did make me laugh while being out was getting hit on by guys who were obviously wasted. I can’t help but smile to myself right now thinking about some of the lines that came out of their mouths.

I’m not saying that a person should be drunk every time they go out. On a low key night, it is a lot more manageable to be sober. However, if you choose to go out on a weekend night and you’re going to be completely sober, it might be in your best interest to just stay home. It feels like going to the circus when all the wild animals are out of their cages.

Lily Lemire
Lily is a senior at the University of Colorado at Boulder and will be graduating with a Bachelor of Arts in Film Studies along with a certificate in Business. She is originally from Scarborough, Maine, but decided to venture to Colorado for it's beauty and to get back in touch with her birth place which is Boulder. She is a Film Studies major because she is very interested in the behind the scenes of what goes into making a film. Not only that, but her favourite hobby in the world is to watch movies. She recently went abroad to Sydney, Australia to get a taste of a different culture. While being there, she learned to not take life too seriously, and to slow things down. The Australian lifestyle can really teach a person how to be chill. You can find Lily at the movies, hanging on Pearl Street having a beer with friends, or at the breathtaking lookout of Flagstaff enjoying the view.
See More Articles From Lily Lemire
Tagged: barsCUPearlStreetSoberThursdaynight