Home › Blog › Stout Month at The Mountain Sun, or, an Afternoon in Boulder’s Most ‘Boulder’ Brewpub

Stout Month at The Mountain Sun, or, an Afternoon in Boulder’s Most ‘Boulder’ Brewpub

I realize, writing an editorial about The Mountain Sun to Boulderites is much like a movie critic extolling the cinematic genius of Dr. Zhivago. I also realize that writing a piece on The Mountain Sun’s Stout Month to Boulderites is much like a music critic venturing to the Monterey Pop Festival, and saying the music was “pretty great.” Let’s face it: The Mountain Sun is a Boulder institution. Their yearly homage to dark and malty beer, Stout Month, has become a tradition for the denizens of Boulder since the celebration began 22 years ago. So, for anyone who has yet ventured to The Mountain Sun, or any of its sister stores (The Southern Sun, Under the Sun, Vine Street Pub, Longs Peak Pub), here’s the lowdown.

The brewpub is home to not only some classic beers, but also locally sourced ingredients 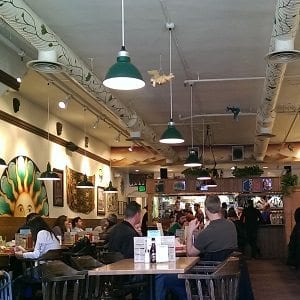 to produce mouth-watering meals for meat-eaters, vegetarians and vegans alike. It’s one of the only suds-suppliers in town without a television, and in its place, a stack of books and board games. The place is decidedly Bohemian, with hand-painted and hand-chalked murals adorning the walls. Rustic and colorful rugs also cover the interior, not to mention a trio of dancing Elvis clocks, who sway their hips in time. The waitstaff, sporting any combination of waxed mustaches, flowery dresses, colorful suspenders, dazzling tattoos, and cheeky chap caps, buzz around, politely taking orders. It’s interesting to note, that the person serving your beer and fries today could very well be preparing your meals the next day, or managing the staff the day after that. Truly, The Mountain Sun’s approach to the food service industry is something unique.

The Mountain Sun typically has a very diverse and tasty beer menu, fitting the needs of any type of beer drinker that swings by. While nine of their standard brews were still on tap, during Stout Month, the dark and roasty brews are king. For this year’s Stout Month, which always happens in February, The Mountain Sun has had 26 of its own beers on rotation, and has brought in 23 guest stouts, all from Colorado breweries. Every year, the brewpub has a Stout Month Home Brew Competition, and the champion of said competition gets to see their brew tapped alongside all of the other notable ales.

I must admit: with so many different and delicious stouts on tap, one visit to the Mountain Sun is simply not enough for me in a month. The stouts range from classic to kooky, with all sorts of different styles and flavors. I’ve decided to write about three of the more off-beat stouts that were on the menu on my visit to the brewpub, just to show how incredibly diverse beers can be – even if they are all brewed in the same general style. Trust me when I say this though: I haven’t had a bad stout at The Mountain Sun yet this year, nor any of the years I’ve been making my pilgrimage to Stout Month.

I was excited to see this one on the menu, because it reminded me of a sauce that my roommate always buys from Costco, which tastes amazing on just about everything. I also wanted to try this beer, because it is this years’ Stout Month home brew champion, brewed by Daisy Raymondson. 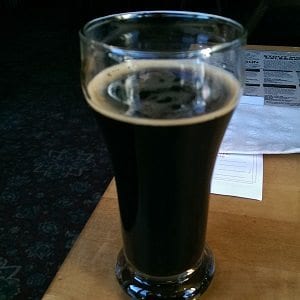 With a brown and thin head, and little-to-no lacing, it’s not typically what you’d expect from a stout. On the nose, this beer screams chocolate and raspberries, much like a gelato you’d procure at one of those fancy parlors on the Pearl Street Mall, or in the King Soopers “Frozen Novelty” section. The taste, which is, of course, the most important part, is complex and delightful. On the front, the half pound per gallon of Oregon Red Raspberries used in this beer becomes extremely apparent. It’s sweet, but very nicely balanced with the dark and chocolaty robustness of the brew. And then came those chipotle chili peppers, but not nearly and spicy as you might expect. See, the chipotle chili is a lot more smoky than hot, and that’s more the flavor that’s working in this beer. The sweetness of the raspberries transitions into the smoky and delicate heat of the chili peppers, all the while being carried by the strong, roasty and toasty flavors of the complex grain bill that this beer sports. It’s enough heat, however, to make you go “Whoa. That’s unexpected,” despite the name of the beer. It’s a fantastic concoction, and is a well deserving champion. The best news of this is it will join the other former champions, such as the 48 Smooth Chai Stout, the Girl Scout Stout, and the Sharkbite Foreign Stout, in years to come.

This beer has been around the Mountain Sun brewpubs for a few years now. I managed to try this beer on nitro, which I think is an excellent choice for any stouts in the sweet stout style. The brew 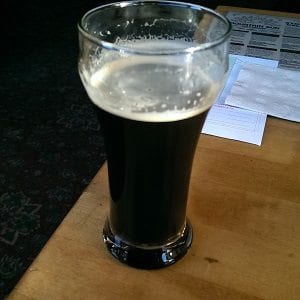 had a slight off-white and long-lasting foam, which laced on the glass beautifully. As per the description, the beer is brewed with both Belgian milk and Belgian dark chocolates, which definitely came through in the nose. As you might expect with a beer called the Chocolate Dip, the most forward flavor was the sweetness from the chocolate and lactose added. It’s a very creamy, very smooth, and very subtle beer. Despite its rather large original gravity (1.070), the beer is incredibly easy to drink. The nitrogen really helped this beer, too. It added a nice and velvety texture, which played with the chocolate flavor extremely well. My only complaint would be the beer has no real strong or lasting flavor. I mean, it drinks like an adult chocolate milk, which I could see paring extremely well with a nice slice of cheesecake, or as a replacement for a cup of coffee in the morning (but that might just be me, since I drink too much beer as it is). It’s a very friendly beer, though, which I could see enjoyed by beer lovers and beer newbies alike.

This was another beer that was available on nitro, which I found peculiar. Typically, you see nitro taps being used for sweet or dry stouts, and less so for ones boasting a spicy flavor. Even so, I am a huge fan 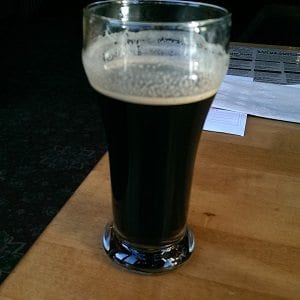 of pumpkin beers, as they remind me of times in my youth spent frolicking through dead leaves, and watching the Lions lose on Thanksgiving with my dad. No, I wasn’t drinking pumpkin beers as a kid. Anyway, this beer had a pretty decent, beige head, which clung to the glass like spiderweb. The head dissipated a lot faster than I would have liked (thanks, nitro!). Unlike the other brews I was served today, this one was more ruby colored, albeit very slightly. On the nose, this beer is all pumpkin pie: nutmeg, ginger, cinnamon, allspice, and cloves. However, the smell of pumpkin is almost nonexistent. It’s when you actually sip the beer, the slight pumpkin flavor comes out, only to be smashed into place by the intense spice mixture stated above. The beer is certainly carried by its roasted malt and chocolate flavors, which combine with the spice and pumpkin nicely. The mouthfeel is very medium-bodied and clean, which I appreciated. I would love to try this beer on CO2 sometime, because I would have liked a little more carbonation, but the flavor and smoothness was still very, very tasty.

Stout Month continues for a little while longer at all five of Mountain Sun’s brewpub locations. While you might not see these exact beers on tap there, the brewery will rotate through some other notable and delicious craft stouts for you to enjoy. Not a fan of stout? Jerk. No, just kidding. The brewpub still has some of its other styles on for those that enjoy the lighter side of liquid breads. I recommend the Number One, a Belgian Trippel, the F.Y.I.P.A, a hop-dominant IPA, or the Annapurna Amber, a very even and mild amber. All in all, The Mountain Sun is what Boulder is all about, I think: a warm basket of locally-sourced fries, a patio filled with Raybans-wearing, flannel-sporting locals (despite the snowstorm a day before), and a large and delicious collection of beers to sooth an afternoon hankering for some liquid therapy.