The Hammer Of Witches 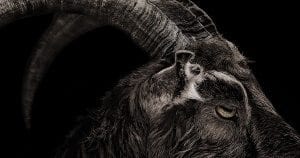 Horror is probably the most subjective genre in film, with comedy running a very close second. We all have our own individual cracks in our psyches, and certain fears strike us in different ways. What scares me may not necessarily scare you.

It’s a shame, too, that horror is sneered at, looked down upon. It’s the red-headed stepchild of film. People with otherwise impeccable taste in any other art form will turn up their noses if you suggest a horror flick for movie night. These same people will then campaign vigorously for overrated tripe like Forrest Gump.

The color palate of horror is wide and deep. You want a relentless slasher movie? The original Halloween is a no-brainer. Perhaps something that expertly mixes terror and humor? Why not try The Cabin in the Woods or Drag Me To Hell. Looking for a flick with copious amounts of gore? I Saw The Devil will scratch that itch. But if you’re after a film that eschews jump scares and embraces existential dread, I give you The Witch.

Somewhere in 1630’s New England, William (Ralph Ineson) has been accused of blasphemy by the elders of the village he lives in. The fact is, William is so impressively religious that even the Puritans think he’s a humorless nag.* They proceed to banish William, and he and his family travel to the middle of nowhere to set up a homestead. The site they choose is perhaps not the best place, given that it borders a dark and ominous forest. Already things aren’t looking good.

Things get worse. Eldest daughter Thomasin (Anya Taylor-Joy) is tasked with watching baby Samuel. After a disastrous game of peek-a-boo, the infant vanishes. Mother Katherine (Kate Dickie) collapses in grief and lashes out at her husband in frustration. In a lesser film, there would be a mystery regarding supernatural involvement. Not here, because early on we learn that a local witch (Bathsheba Garnett) has abducted the baby, murdered him, and used his blood as a magical ointment in order to fly.

The witch has her eyes on the family. Their meager crops fail. Bad luck plagues them, and the poor family is surrounded by ominous signs and portents. Oldest son Caleb (Harvey Scrimshaw) tries to support his father, but he’s got his own problems given that he’s passing through puberty and eyeing Thomasin in a particularly unhealthy way. The mischievous twins Mercy (Ellie Grainger) and Jonas (Lucas Dawson) spend their time having deep conversations with he-goat Black Phillip.** As the supernatural attacks ramp up, the family begins to turn on each other.

Every year, there’s always a talented writer-director that absolutely blows audiences away with a preternaturally self-assured feature debut. Robert Eggers has worked as a production designer for years, and The Witch is his first film. We’re coming to the end of February, and I already feel very comfortable putting this film on my top 10 of the year.

Due to his long experience in production design, Eggers has created a film that’s technically proficient and highly tactile. He did his homework, and the costumes, sets, and props all feel period accurate. You can almost feel the rough wool of the clothing. His camerawork is mannered, steady. There’s a shot early on where the family’s wagon recedes from us, heading into the woods. At this point in our country’s history, civilization was a fragile thing, balanced on a knife edge. With that shot, we see the family striking out on their own, and we’re reminded that not all pioneers made it.

Speaking of homework, Eggers also did his with the screenplay. He consulted journals and court records from the seventeenth century. It’s such a wise move because the dense dialogue places us in a very particular time and place. I’ll grant you, some viewers may have trouble with the ornate scripting, considering that a chunk of it is delivered while shrieking. That’s okay because it makes things feel utterly unique. There’s nothing out right now that sounds or feels anything like this film.

His cast is filled with mostly unknowns, which works to the film’s advantage. Ralph Ineson is probably the biggest name, given that he played Amycus Carrow in the Harry Potter films. He does good work, playing a man fixated on piety but who’s faith is perhaps not as strong as he wants it to be. Kate Dickie is impressive as Katharine, consumed by grief and terror towards the fate or her baby’s soul.

The real stars of the film are the kids, though. The twins Mercy and Jonas are correctly disturbing, skipping around the farm and singing Black Phillip’s praises. As Thomasin, Anya Taylor-Joy delivers a performance that should make her into a star. It’s doubly impressive considering the quasi-Shakespearean dialogue she’s given and how natural she makes it sound. She’s in good company with Harvey Scrimshaw as Caleb. His big moment, which you won’t fail to notice, is shocking.

The Witch is the gold standard when it comes to horror, but it’s a kind of horror that’s all about taking its time to build mood and atmosphere. Most people hear that a film is a slow burn, and they interpret that to mean it’s dull. But The Witch slowly cranks up a feeling of mounting dread. It feels transgressive, forbidden. Robert Eggers and his talented cast and crew have made something special. It may not be your cup of tea, but good filmmaking should shove you out of your comfort zone.  It’s a great film, and it’s one I can’t recommend highly enough.

**Black Phillip is not only instantly iconic, but also the most metal barnyard animal I’ve ever seen.

Tim Brennan
Tim has been alarmingly enthusiastic about movies ever since childhood. He grew up in Boulder and, foolishly, left Colorado to study Communications in Washington State. Making matters worse, he moved to Connecticut after meeting his too-good-for-him wife. Drawn by the Rockies and a mild climate, he triumphantly returned and settled down back in Boulder County. He's written numerous screenplays, loves hiking, and embarrassed himself in front of Samuel L. Jackson. True story.
See More Articles From Tim Brennan
Tagged: anya taylor-joybathsheba garnettellie graingerharvey scrimshawkate dickielucas dawsonralph inesonrobert eggersthe witch
Boulder Colorado Air Quality