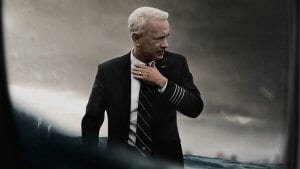 They called it a miracle, though it really wasn’t one.

As we understand it, a miracle is an impossible occurrence, something that shouldn’t happen but does anyway, due to supernatural means. The events of January 15, 2009, played out the way they did not because of the will of the Almighty. Really, it was all because of a group of people who worked together and were exceptionally good at their jobs.

On that day, US Airways Flight 1549 took off from LaGuardia Airport in New York City. The plan was for it to land in Charlotte, North Carolina. Shortly after takeoff, the plane hit a flock of Canada geese, and the bird strike caused both jet engines to rapidly lose power. Captain Chesley “Sully” Sullenberger and First Officer Jeff Skiles quickly assessed the situation. They considered turning back to LaGuardia or heading for nearby Teterboro Airport. Those plans were rejected. Sully’s decades of flight experience told him they’d never make it.

Turning southbound, Sully glided Flight 1549 towards the Hudson River. Passing less than 900 feet over the George Washington Bridge, Sully performed a forced water landing in the Hudson. First responders scrambled, and all 155 people on board were rescued. Of the 78 people treated for injuries, a mere 5 received serious injuries. There were no fatalities.

Is the story of Flight 1549 and its aftermath one worth telling? Absolutely, no question about it.* It speaks to our better natures, the simple fact that there’s no problem that’s unsolvable when people choose to work together. Clint Eastwood thought so, and he’s made Sully, his 35th film, as a tribute. But was Eastwood the right guy for the job?

The film opens days after the incident. Sully (Tom Hanks) has been put up in a New York hotel suite. He’s just down the hall from Skiles (Aaron Eckhart and his truly impressive mustache), and the two men spend their time living a surreal existence. They alternate between fawning interviews with the press and passive-aggressive meetings with the National Transportation Safety Board. The NTSB investigators, played menacingly by Mike O’Malley, Anna Gunn, and Jamey Sheridan, doubt Sully made the right call. According to their numerous computer simulations, the plane had just enough power to return to LaGuardia, and Sully dumped a perfectly good plane into a perfectly good river for no good reason.

But was he wrong? Sully doubts himself, and he’s haunted by PTSD-inspired nightmares of the plane slamming into a skyscraper. His wife Lorraine (Laura Linney, literally phoning it in) tries to comfort him. Total strangers hug him, and an amusing bartender played by the great Michael Rapaport shares with him a new drink called the Sully, which is a shot of Grey Goose vodka over water. But Sully is a modest guy, and all the adulation makes him profoundly uncomfortable. He’s no hero, he says. “We did our jobs,” is his explanation.

As an outspoken conservative and man who talks to empty chairs in public, Eastwood adores the concept of One Good Man Against The System. The problem is, in Sully’s case, it absolutely isn’t true. In reality, there was no crusade by the NTSB to bring down Sullenberger. As a guy who helped to develop airline safety protocols, Sully recognized the need for the NTSB investigation. and the role it played. Plus, it’s a weird-ass concept that a movie about the everyday heroism of people doing their jobs can’t recognize that the Safety Board people are also just doing their jobs. Clocking in at only 96 minutes, I sense that there was a concern that the film didn’t have enough inherent drama, so some false conflict was ginned up. It almost feels like two movies squashed together. I really dig the one with dozens of people coming together to save hundreds. But the one about pesky regulatory agencies failing to recognize the innate heroism of Sully? Not so much.

Sully also suffers from some sizable technical problems. Eastwood has been making movies for decades, but it feels like he’s lost some of his verve. It’s not just because he’s in his 80’s, since Mad Max: Fury Road was made by a guy in his 70’s and that film thrums with restless energy. Here, there are numerous moments where the film feels slow and plodding. There’s hardly anything more cinematic than a plane crash, just look at the harrowing crashes put to film in Fearless, Flight, and Cast Away.** The depiction of the Miracle on the Hudson should be terrifying and triumphant, and while Eastwood portrays it with authenticity, there’s never any sustained tension.

There are no bad performances here, but neither are there great ones. It’s perverse that Eastwood cast an actor as talented as Laura Linney, then gave her nothing to do other than talking on the phone away from the rest of the cast. Along similar lines, why cast the great Anna Gunn, who was amazingly good as Skylar White on Breaking Bad, and give her a role as a one-note bureaucrat? As Skiles, Aaron Eckhart has nice chemistry with Hanks, and his low-key wiseassery provides the fleeting moments of humor the film so desperately needs.

At this point, we all know Tom Hanks is essentially an avatar of American decency.*** He excels at playing likable men, and he’s usually an energetic and robust performer. As Sully, he’s playing both a man who’s not terribly demonstrative and one grappling with the early stages of PTSD. As a result, he’s a guy who has two emotional modes; reserved, and very reserved. Ordinarily, that would be okay, as long as the movie around him acted as a counterpoint. Look at his performance in the excellent Captain Phillips, where his regular guy persona effectively contrasts with the high-energy film he’s in. Yet Sully is so leaden and low-energy that Hanks’ subdued performance gets lost. He doesn’t do bad work, but he needs a better film around him for balance.

I think Sully will be viewed as a hit for Clint Eastwood. It’s not as offensively stupid as American Sniper, but it doesn’t have the same kind of power as some of his more recent work like Million Dollar Baby. It’s even more lacking when judged against a masterpiece like Unforgiven. Sully is fine, but shouldn’t the story of Chesley Sullenberger and his crew soar?

*I do question the wisdom of releasing a movie with multiple scenes of an aircraft smashing into a skyscraper on the anniversary of 9/11.

**Maybe, for the good of everyone, Tom Hanks should be barred from airline travel.

***Which is why he needs to play a serial killer.

Tim Brennan
Tim has been alarmingly enthusiastic about movies ever since childhood. He grew up in Boulder and, foolishly, left Colorado to study Communications in Washington State. Making matters worse, he moved to Connecticut after meeting his too-good-for-him wife. Drawn by the Rockies and a mild climate, he triumphantly returned and settled down back in Boulder County. He's written numerous screenplays, loves hiking, and embarrassed himself in front of Samuel L. Jackson. True story.
See More Articles From Tim Brennan
Tagged: aaron eckhartanna gunnclint eastwoodjamey sheridanlaura linneymike o'malleysullytodd komarnickitom hanks