There are a lot of stereotypes about Boulder. It’s a college town with a reputation for partying. It’s home to a Buddhist-based university, Naropa, started in part by Allen Ginsberg. Its people are some of the healthiest, in one of the healthiest states in the country. And, of course, there’s the “granola crunch” factor, encapsulating the intersection of once-dominant hippiedom and alternative eating practices.

Exactly how Boulder gained that last reputation isn’t an easy question to answer. To my mind, though, one of the biggest factors comes in terms of tea. And if we’re talking that particular drink, we’re talking Celestial Seasonings.

Mo Siegel, John Hay, Lucinda Ziesings, and Peggy Clute (among others) made a habit of foraging for naturally occurring herbs and flowers in and around Boulder. In 1969, they began combining those ingredients into herbal tea blends and selling them to burgeoning health food stores. With refinement, these became known as Mo’s 36 and Mo’s 24 Herb Teas, and in time were packaged in hand-sewn muslin bags.

The fledgling Celestial Seasonings had some local success. Then, in 1972, everything changed. That was the year the company introduced their first breakthrough blends: Red Zinger and Sleepytime. Via a combination of just-right timing and quality product, these teas struck a chord with the public. In fact, it’s safe to say the marquee blends all but created the category of herbal tea on U.S. shelves, so much so that, to this day, Sleepytime remains the bestselling specialty tea of all time.

After years of building on this success—relocating to bigger facilities twice and diversifying into international markets by 1977—the company was purchased by food giant Kraft in 1984. In 1987, Kraft wanted to sell the brand to Lipton, a plan that was ultimately struck down in court on anti-trust grounds, through a successful challenge by Bigelow, another giant in the tea industry. In the resulting fallout Boulder management concerns took their opportunity and bought back the company, once again establishing it as an independent in 1988. 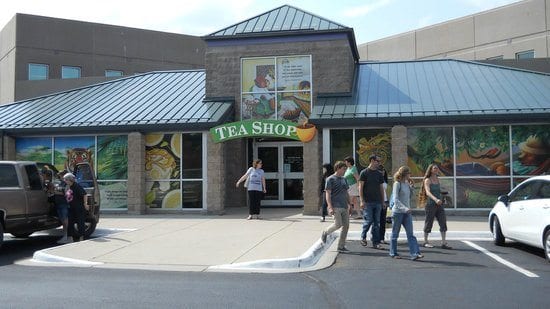 1990 saw the completion of their purpose-built factory facility in North Boulder. Mo Siegel returned as CEO in 1991, after having retired in 1986 during the Kraft scramble. Eventually, Celestial Seasonings merged with the natural food company The Hain Food Group in 2000, forming The Hain Celestial Group. Mo Siegel retired again in 2002, and since then the company has expanded their number and types of blends, continuing to be an industry leader in many categories.

Being on the vanguard of herbal tea, while emphasizing what we now call sustainable sourcing of their raw ingredients, certainly went a long way to establishing Celestial Seasonings as part of that Boulder “granola crunch” stereotype/ ethos. Or, perhaps, it was the other way around.

Today, teas the company makes don’t seem as fringe. Both established and newcomer industries have begun taking healthy choices seriously over the years. While it could be argued Celestial Seasonings is a victim of their own success, given they aren’t as much of a topic of conversation as they once were, consistently high-quality offerings continue to be produced at an incredible clip. 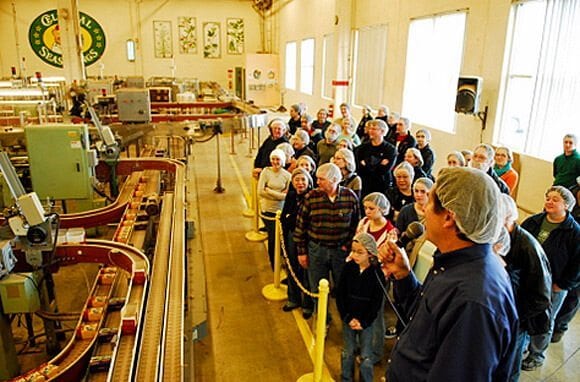 These days, at least here in Boulder, the company has taken on a different designation: niche tourist attraction. Free tours of their factory enjoy better than 100,000 annual visitors, and hit the one-millionth-visitor mark in 2005. When out-of-towners are looking for something low-key to enjoy, it’s not uncommon for Boulderites to suggest the Tea Tour, telling tales of the enormous bags of ingredients on the shelves—over 100, sourced from over 35 counties—and the sinus-clearing experience that is the mint storage room. 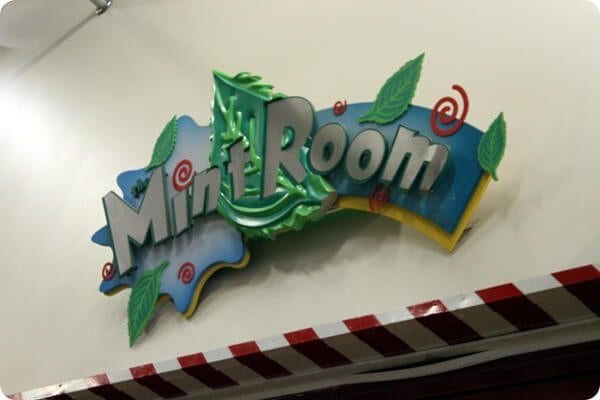 Whatever the providence of Boulder’s reputation, Celestial Seasonings typifies it. While muslin bags have been traded for slick packaging, the ethos behind their products continues to embody and reflect our city’s own; both grow around each other, because of each other, literally and figuratively. If you ever become tired of the preciousness of “organic” this and “sustainable” that, or begin to wonder what any of it really means on a personal level, spending a couple lazy hours at the factory provides much needed recalibration. Sitting there—sipping cup after cup of tea, watching visitors from every corner of the world come and go—it’s easy to remember how satisfying simplicity can be when given the chance to steep.