According to Colorado Parks and Wildlife, Colorado now has nearly 3,000 moose, and the moose population in Boulder County is thriving.” I think moose took off in the county once they got here,” said Dave Hoerath, a wildlife biologist with Boulder County Parks & Open Space, “because we have some very good habitat in the high country: willows and bottoms in the City of Boulder Watershed lands, as well as some of the alpine meadows in the Indian Peaks Wilderness.” Given our desirable moose habitat, where might you find them in Boulder County’s open spaces? While moose can be seen almost anywhere in Boulder County, the majority of sightings occur at Mud Lake and Caribou Ranch Open Space near Nederland, and they are also frequently reported at the Forestry Sort Yards and Reynolds Ranch.

While moose are not typically aggressive towards humans, they can be lethal if provoked. Unlike deer (the moose’s close cousin), moose are not usually afraid of humans and will not flee simply because you are present. Their lack of fear makes it more appealing to approach them and pet, feed, or play with them. However, moose, like most other animals, will defend their young and territory if they feel threatened. Even if they appear slow and bored, moose’s can run up to 30 mph, so you’re unlikely to outrun one. If a moose attacks, they can trample you with their hoofs and full body weight (they can weigh up to 1200 pounds!).

Body language can also indicate whether a moose will become aggressive. Here are seven warning signs to look for:
1. The moose has stopped eating and is staring at you.
2. Pulls its earlobes back and raises the hair on its hump, neck, or hips.
3. Clicks its teeth and smacks or licks its lips.
4. Lowers its head and approaches you.
5. Urinates
6. Displays the whites of its eyes
7. Whips its head back and forth like a horse.

All of these are indications that a moose may attack. However, these signs may not always be present—they may charge without warning! 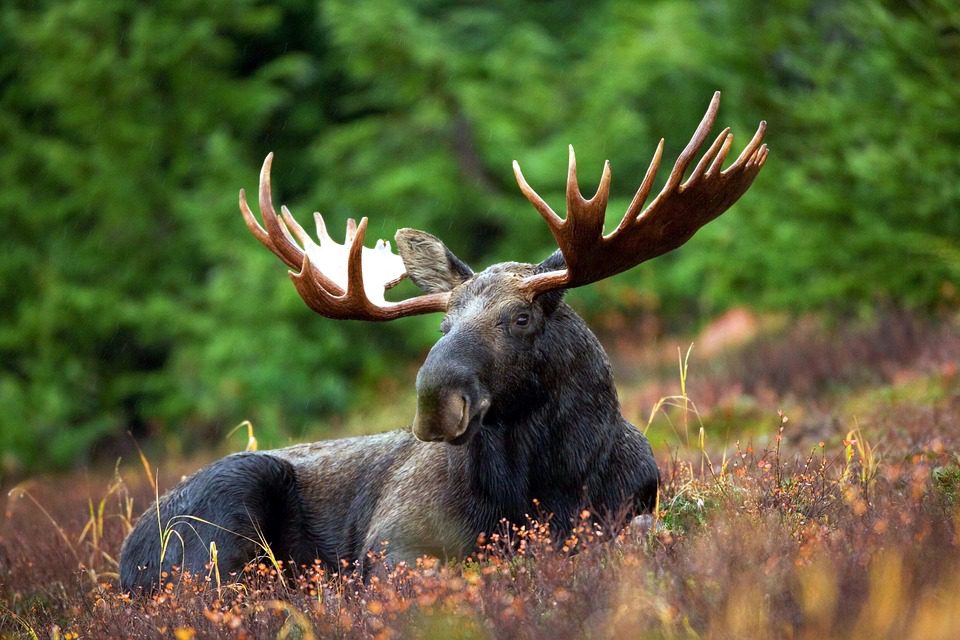