Hey, has anyone out there wondered about the US 36 expansion project that leaves us sitting in traffic? What the heck are they doing out there? I heard a rumor it was getting turned into a toll road?

While sitting in traffic the other day, in the midst of the major rehab of US 36, I pondered this road I regularly use and decided to research some information about it.

In the early 1950, the Denver-Boulder Turnpike was promoted by business and university interests in Boulder because there was no direct route between Denver and Boulder. Initially, it was a 17.3-mile toll road stretching from Federal Boulevard (US 287) in Westminster to Baseline Road in Boulder. It opened on January 19, 1952 with a toll of $0.25. 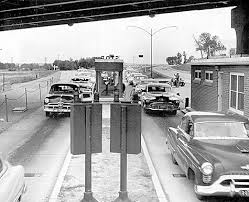 Larry Dorsey, author of the Superior Historian, wrote a great article where he shares the entire history and culture surrounding life before and after 36. He shares how going to Denver used to be an all day affair. U.S. 36 cut 8 miles of dirt road off of a commuter’s trip to Denver. “Before the toll road was completed, motorists followed a course of primitive roads through Colorado farm land on their way to Denver. From Boulder the traveler followed State Highway 7 along Arapahoe Street east to U.S. Highway 287 at “nine mile corner,” then a series of right angel turns through Lafayette and Broomfield, eventually entering Denver on Federal Boulevard.” 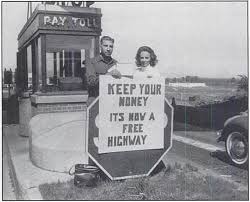 When the bonds for the Turnpike were paid off ahead of time in 1967, tolls were removed. US 36 was also extended at this time, following the Valley Highway (by then part of I-25)  from Colfax Avenue north to the end at Baseline Road, becoming 28th Street, then again U.S.36 to Lyons, and to end in Estes Park. In 2012 the turnpike was also given the honorary name Buffalo Highway in recognition of the University of Colorado’s mascot, though this name has not achieved common use. 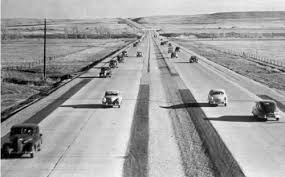 I mention this history because of the new toll road and expansion of US 36. There has been a lot of information floating around saying that it is becoming a toll road. Part of that is true. They are integrating a “managed” toll lane in each direction between Denver and Boulder. This is what the project entails:

The controversy is explained a bit more in an article by News 7. Where the question of secrecy was a concern, and the amount of toll a driver would have to pay. Some have said it is $14 each way, and CDOT spokeswomen Amy Ford said with will likely be around $5 each way, and the right two lanes will remain free to all vehicles.

So my fellow current, past and future Boulderites, If you don’t need to leave the bubble, don’t, but if you need to get to Denver or back to Boulder in a hurry, wait until this project is completed in two years, because it isn’t happening very soon. 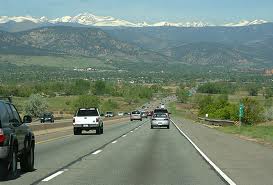