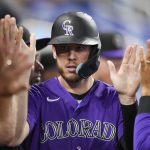 It makes sense that C.J Cron has gone virtually unnoticed for the last nine years. The first baseman/DH spent the first four years of his major league career in the shadows of Mike Trout and Albert Pujois in Anaheim. The next three years were spent buried in the obscurity of the Tampa Bay Rays, Minnesota Twins, and Detroit Tigers. After batting just .190 for the Tigers, and with limited options, Cron found himself signing a minor league contract with the Colorado Rockies that happened to include an invitation to Spring Training. Making the major league roster was quite the accomplishment but... Read More

The Colorado Rockies Are a Joke – Literally 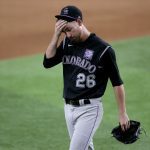 Name any baseball movie and you will generally find loveable losers that conquer in the end. A drunk coach, a female pitcher, and a team of misfits turn it around in The Bad News Bears. Jake Taylor and his team of castoffs take Cleveland to the playoffs in Major League. And once Roy Hobbs finally gets his shot (no pun intended if you’ve read the book), the fledgling New York Knights are practically unbeatable in The Natural. Unfortunately, the Colorado Rockies are not a movie. The script reads like one with frugal owners, star players leaving for greener pastures, and a roster full of colorful... Read More