Allergy Season Is Already Here, Thanks to Climate Change 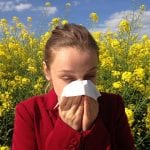 You may have already noticed some sniffles and sneezes from pollen and other spring allergens. That’s because allergy season is starting earlier than it has in years past.  In a recent paper written by a plant physiologist at the USDA’s Agricultural Research Service, the authors considered temperature and pollen trends in the Northern Hemisphere going back decades. The paper, published in Lancet, found a clear correlation between the change in temperature, the change and the increase in the length of the allergy season, and also the amount of pollen that’s being recorded. What does this... Read More 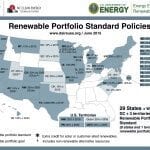 This past year, states all across the nation have been significantly increasing the percentage of renewable energy that they are aiming to achieve. On this past Wednesday, the 7th of October, new renewable energy goals for California were signed into law by Gov. Jerry Brown. The San Francisco Gate reported on the event. This bill requires that “by the end of 2030, half of California’s electricity will come from the wind, the sun and other renewable sources under a new law that sets one of the country’s most ambitious clean-energy targets”. Some other states that have done so already this... Read More 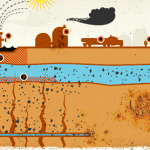 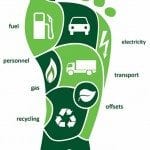 After the publication of the International Report on Climate Change by the United Nations, a few things were made very clear according to an article on TheGuardian.com. One of the truths that rang loudest is that carbon emission reductions will be a necessity in order to decrease the severity of the impacts of climate change. Reducing the amount of atmospheric carbon an individual pollutes can be very difficult. While someone might be very carbon conscious, they may have no control over certain aspects of life that create pollution. The U.S.’s Energy Information Administration’s website and... Read More