About Boulder February 15th, 2021 Leaf of the Week 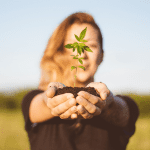 “My parents got a divorce when I was six, so I grew up mostly just with my brother and I, and we would change houses every week. Which was sort of hard I think, but it also allowed my brother and I to get really close. I feel like he raised me in a lot of ways… I call my brother, “Brother”, because I did that as a kid. (lots of laughing) I didn’t like calling him Nicholas or Nick, and it just stuck. I love it, I still can’t call him Nick, I try sometimes and it feels weird. People think that it’s just the weirdest thing, his friends will make fun of him and start calling him “Friend”,... Read More

Eight Tips for Incoming Freshmen from a Seasoned CU Vet

So, you’ve just started school at the University of Colorado at Boulder. Congrats! You’re in for the best four (or maybe more) years of your life, which you’re likely to have trouble remembering. Here are eight tips from a current CU senior to help you new Buffs out as you navigate CU: 1) Dealing with your Roommate: Try not to worry too much about having a “bad roommate.” Statistically speaking, it’s very unlikely that they’ll be a psycho serial killer. Just be respectful to them and chances are they’ll return the favor. Don’t leave a mess in... Read More