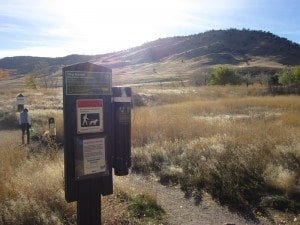 Who likes to hike in Boulder? Who likes to climb in Boulder? Who likes to bike in Boulder? Well, that’s good, because you and every Boulder resident since 1898 has paid and supported our quality of life here. Land preservation and recreational space has been a top priority in Boulder since 1898 when residents purchased the alfalfa fields and apple orchards of the Bachelder Ranch, the home of Chautauqua Park that was paid for with a bond issue. In 1907, we obtained a federal grant to purchase 1,600 acres of land on Flagstaff Mountain. In 1912, Boulder citizens purchased another 1,200 acres of Flagstaff Mountain for $1.25 an acre. I’m not sure who was selling it, because the natives that lived here 50 years before were not selling and wanted everyone to leave.

Boulder residents continued to invest in this awesome city as government buildings were built, suburbia was born with Martin Acres, Boulder was the cold war government destination and the population of Boulder doubled. In 1967, Boulder voters made history by approving a 0.40 of a cent sales tax specifically to buy, manage, and maintain open space. This was the first time citizens in any U.S. city had voted to tax themselves specifically for open space. The sales tax measure passed by a 57 percent majority. In 1971, a charter was passed allowing the City Council to issue bonds for the acquisition of open space. In 1973, Boulder citizens created the Open Space Department that focused on acquiring lands for open space.

In 1978, the Boulder Valley Comprehensive Plan was adopted which is a union between City of Boulder and Boulder County to protect the natural environments of the Boulder Valley while fostering a livable, vibrant and sustainable community. After six major updates to the plan over the last 40 years, the BVCP policies guide decisions about growth, development, preservation, environmental protection, economic development, affordable housing, culture and the arts, urban design, neighborhood character and transportation. The policies also inform decisions about the manner in which services are provided such as police, ﬁre, emergency medical services, water utilities, ﬂood control and human services.

In January 2001, the City of Boulder Mountain Parks Division—under the Department of Parks and Recreation—and the Open Space/Real Estate Department merged to form one new department to manage the city’s wild recreational lands, Open Space and Mountain Parks. The merger allowed the new department to provide a more consistent range of visitor opportunities and regulations on the ground, save money by eliminating some duplication, and bring the 6,555 acres of Mountain Parks lands—including Boulder’s signature Flatirons—under the strict protections of the Open Space Charter.

So next time you decided to go hike Mount Sanitas or climb the Flatirons, or take your dog for a walk on a trail in Shanahan Ridge, drop a little prayer of gratitude for the Boulder citizen ancestors that had enough foresight to protect this beautiful land and create a city that gives us the space to live and still feel free and connected to the wildness that surrounds us.