Home › Blog › Travel › 10 Things to Know Before Going to Venice

10 Things to Know Before Going to Venice

Venice is one of the most surreal places I’ve ever been in my life.  The entire time I was there I kept asking myself if it was real.  I had seen Venice so many times in movies, television, and books, and then I was actually there.  It is such an amazing place.  The people are charming and the town itself is magnificent.  After spending almost a week in Venice I can easily say I fell in love with it.  Follow these ten steps to ensure a good stay!

1.  Beware the time of year you plan to go to Venice. Italy is a summer destination. During this time of the year people say that if you died in the streets of Venice no one would notice, that’s how crowded it is. We went toward the end of September and it was almost perfect. Of course there were crowds here and there, but NOTHING like the summer months. Also those warm months are not only swarming with people, but mosquitos as well. My worst enemies. 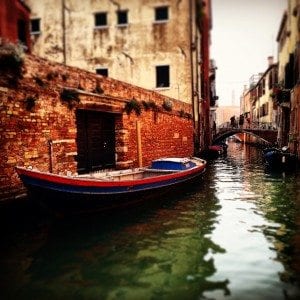 2.  Bring all different types of clothing. Prepare for rain, flooding, sunshine and heat. Venice in September had exception weather; it was honestly pristine weather during the day, warm in the sun and just the right temperature for walking around in and out of the shade as we meandered through the streets. However, at night the temperature dropped drastically. I wish I had brought a down coat, that’s how cold it got. 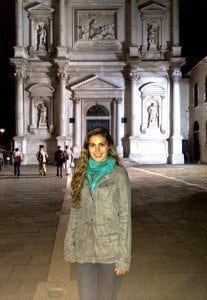 3.  Bring closed-toed shoes with a little bit of a lift. I looked up the weather before Italy and thought aaaah, 70 degress…perfect. What I didn’t know was that many parts of Venice flood because the city is sinking in some places and the streets are too low. The water from the ocean overflows on the outskirt streets. Venice is prepared for this as they have large lifted slabs of wood, making a walkway that is higher than the normal ground. I on the other hand was not prepared for this. I brought sneakers but they were so flat that I had water seeping through during and after rainfall when I walked through the streets. Bring some kind of boots, summer or winter boots depending on the season.

4.  Make sure you study a map of Venice front to back. Venice is confusing people. I have a sense of direction like no other and it took me a day or two to orient myself around this city. The city itself isn’t very large; it takes about an hour or two to walk from one end to the other. Study that map, and study it well because the streets and canals wind in and out like a maze. A tip I’ve learned traveling is that by remembering points of interests, rather than street names, that can make a world’s difference. I was adamant about remembering certain floating markets, specific restaurants, shops, etc. and in the end it really helped. If you get lost it could take hours finding your way through the web that Venice is. 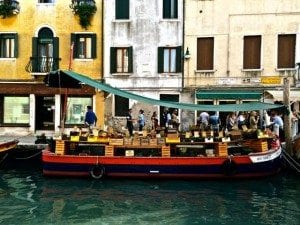 5.  There are several signs that point in directions of major landmarks, follow those whenever lost or in doubt. For example, there are arrows up on the corner of crossroads that say “Ferry” for example. If your hotel is near the ferry, walk that way. DER.

6.  Rent an Air B and B. Sometimes staying in a hotel is nice and everything is taken care for you. However, I must say I am getting pretty prone to renting Air B & B’s. In Italy, Venice especially, the prices of hotel rooms are outrageous. We rented a three-bedroom place between six of us for $150/night.   That is exceptional considering we paid at least a third a night of what we would have if we had six people staying in a hotel room. They do book quickly in major tourist cities, therefore, book ahead of time for the best results. Also make sure they have wifi, Italy is a funny country with wifi, and it’s not as accessible as you may think.

7.  Plan for it to take a long time to get anywhere and everywhere in Venice. Stay away from the public water ferry, the water taxis and the gondola rides. They’re all kind of a complete rip-off. Taking the public ferry once may be a nice thing to do while in Venice, but it’s obscenely crowded during the day, to the point where you can’t even move and they charge almost 9 euros per person, per ride. It gets a bit much if you do it more than once. For the family of six of us, which were in Venice, it cost 56 Euros for a one-way trip that took about 25 minutes. 56 Euros is about $70. Wherever you go in Venice it will take a long time. With all the winding streets and canals foot and ferry take almost the same time, just walk it and burn off that spaghetti carbonara you had the night before.

Water taxis are a little bit faster, but again, a lot more expensive than the public ferry, which can            still be considered pretty expensive for public transportation. 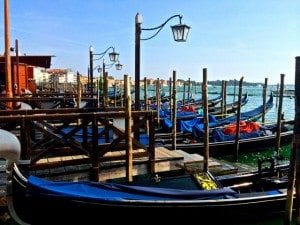 The gondola rides…unless you’re on your honeymoon or your wedding anniversary this is a tourist trap. It can cost anywhere from 200-1200 Euros for one ride! If you’re feeling like you’re only going to be in Venice once and this is a must, so be it, just make sure you know the price before you go.

8.  Eat what you want, when you want. You’re in Italy, the only place on earth where carbs are NOT the enemy. Even the places that have “Menus of the Day”- easy translation: a menu for tourists, consisting of meat, pasta and a salad, are usually pretty decent. The tomatoes they have all over Italy are SO sweet that the sauces for most dishes are so good it’s even hard to talk about them without getting hungry. Also, pig out on pastries. You can eat healthy when you go home, this is the place to forget about it and enjoy. 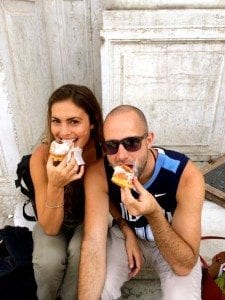 9.  Buy the “All Civic Venice Museums” pass if you’re going to be in Venice for a more than a few days. For 25.50 Euros, 19.50 if you’re a student (or present a student card 😉 ) you have access to almost all the museums. This buys you a one-time visit to each museum for whenever you want in a three-month period. Including some of the major ones like the Palazzo Ducale and the Museo Correr, as well as the natural history museum, fun for kids, and adults like me. My personal favorite was the costume museum. They had Channel perfume bottles dating back god knows how many years, as well as fragrances to smell, costumes, decorated rooms, etc. It was very entertaining and only took about an hour to walk through the whole thing. I love museums but any longer than an hour and I’m falling asleep.

10.  Spend enough time in Venice that you get to enjoy it. I know many times people have time constraints but if you have the time, enjoy it. Venice is slowly becoming an all-tourist city. The locals are moving out and thus local family businesses are moving out for various reasons, therefore, enjoy it while it’s actually an authentic city where Venetians still live. Someone told us before we went that we only needed a day or two in Venice…they were so wrong. We spent five full days in Venice and couldn’t have been happier with that decision. It’s such a lovely, scenic and honestly cool city you need some time to just be there and not be rushed to do everything on the tourist checklist. I mean it’s a city that’s built on stilts above the ocean, doesn’t get much cooler than that. 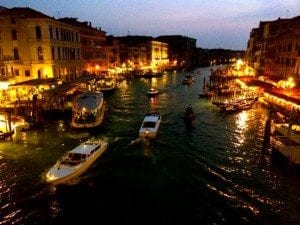 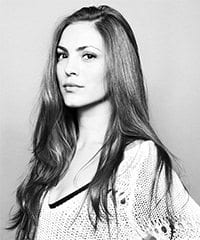