Boulder’s music scene is gearing up for Colorado’s favorite holiday. Weed is legal and it’s time to celebrate 4/20 once again with a full lineup of music.

The Grammy-nominated Infamous Stringdusters, a favorite bluegrass group around these parts, will be putting on two shows at The Boulder Theater. Fresh off performing the ski mountain circuit, the band has chosen Boulder to celebrate with on Monday. While the Saturday night show is sold out, there are still tickets available for the holiday on Monday night, so make sure to grab those ASAP! The Duster’s new album Let It Go is their fifth studio record, which reflects the tight bond these musicians have with one another. With beautiful gospel harmonies and instrumental virtuosity, they are pushing the boundaries of traditional bluegrass.

You might be wondering to yourself, if The Infamous Stringdusters are playing at The Boulder Theater Saturday and Monday, who’s going to fill the Sunday slot while The Dusters play at closing day in Breckenridge? The answer is that you will be treated to an evening with Drive-By Truckers. The alternative country/ Southern rock band based out of Georgia is on their semi-acoustic tour titled, Dirt Underneath Tour. After performing for almost 10 years, Drive-By Truckers looks forward to a change of pace this time around, where they will be showcasing new material they’re working on along with old favorites in a different manner than the rock shows they’re known for.

The more intimate Fox Theatre won’t be hosting any 4/20 festivities. However, on Sunday night, eight piece reggae fusion band SOJA will take the stage. The philosophy behind the band’s music is put simply in the words of vocalist/ guitars Jacob Hemphill, “I want to speak for people who don’t have microphones. Our goal as a band is to stick up for the human race. We see the world and we try to make it better in the limited time we have here.” This statement is the driving force for SOJA’s eclectic range of sounds.

If you want to get out of Boulder, head to Red Rocks Amphitheater. The venue will be opening its doors for the summer music season on Friday with a special performance by The Disco Biscuits. The jamtronica group from Philadelphia will be joined by drummer legends, Mickey Hart and Bill Kreutzmann of The Grateful Dead. This is a special event no Dead Head should miss, especially in celebration of 4/20 coming up this Monday! 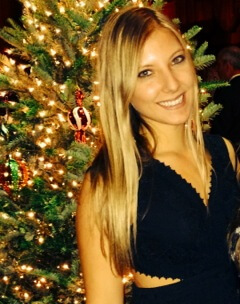