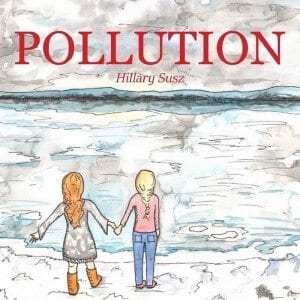 The folk music resurgence is still going strong, but you probably haven’t heard a take on this familiar genre like Hillary’s.

She’s a formally trained poet, originally from Spokane, Washington, who currently teaches and studies fiction at CU Boulder. With such an extensive writing background, you know that means you’re in for some tightly-spun and surprising lyrics: “Her hands are like pollution / Though not like trash / more like a purple sky / A shiny foil wrapper  / that holds me hold me hold me hold me.”

These lines are a journey. We begin with something defined as unpleasant, “pollution,” which Hillary manages to unpack just a few short lines later to reveal the beauty underneath. With this unpacking, we learn that the song isn’t actually about pollution; it’s about love. It’s about the kinds of love that frightens society and thus remains largely invisible, which asks the question: how much beauty in the world is hidden by collective fear and why do we let that happen?

In Hillary’s own words:

“’Pollution’ is held together by a very particular sensibility. It makes poetic leaps that turn natural and organic with the power to evoke the same surprise and often wonder of epiphany. It’s a love song that overcomes traditional (hetero-normative) tropes and encourages profound revolution within the individual. Full of uproar and instrumental virtue, ‘Pollution’ uses the oppression [of LGBTQ+ people] that has been taught from childhood to accept as the natural order as a metaphor for the ever complicated and shifting state of romantic love.”

Hillary and her four-piece band are currently touring the Pacific Northwest, but dates will be finalized for the Colorado tour soon.

“Pollution” has all the makings of a great song—not only in its lyricism, but also with its careful orchestrated sound. If you’ve had a long day, and need to find a little peace, pour yourself a glass of your favorite poison/pollutant, and click this link to hear the gentle strums of “Pollution.”