When I initially started to brainstorm ideas about what my first article for About Boulder should be, my mind crafted all manner of different approaches: football analysis, social commentary, feature piece etc. etc. However, I decided that instead of delving into something multi-layered and thought provoking, to start with something light: a list of 10 things. Judging by the amount of the traffic Buzzfeed and Facebook achieve with these types of articles, if I can’t craft something where you won’t even click the link for a lists article, even if it is out of sheer curiosity to see what it is, then I might as well throw in the towel now. And now, without further ado…. 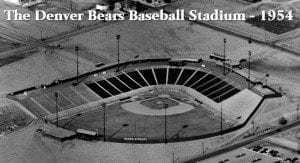 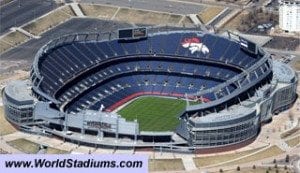 1. In 1948, the most famous of Denver sporting venues, Bears Stadium, opened. Bob Howsam, the owner of the Denver Bears, for which the stadium is named, opened the 18,000 seater stadium in the hopes of landing a major league baseball team. However, it wasn’t until 1968, after several expansions had taken place, when the city acquired the park and adopted a more familiar title to those who know it now: Mile High.

2. When most people hear the name Saban, they immediately think Nick Saban, current head football coach of Alabama and perennial national championship winner. For as much as Nick Saban is reviled across the country, Colorado sports fans might dislike his cousin, Lou Saban, even more. Hired by the Denver Broncos in 1967, he was coming off two consecutive Super Bowl appearances with the Buffalo Bills and was given the task of turning around the franchise. To say he failed would be an understatement. In his five years with the Broncos, he never won more than 5 games and resigned near the end of the 1971 season after achieving only two victories. He finished with a record of 20-42-3.

3. Nowadays, Olympic committees spend millions of dollars campaigning to bring the Olympics to their city or their country. Knowing that, it stands to reason that in May 1970 when the International Olympic Committee awarded Denver the 1976 Winter Olympics, the city would have rejoiced. Not so much. Once the Olympics were awarded to Denver, the citizens were then asked to fork over five million dollars for infrastructure costs, a figure widely estimated as too low. In addition, citizens were also concerned about the environmental impact of bringing thousands of people into areas that had never experienced that kind of traffic. As a result, when it came time to vote on whether they would finance the Olympics, they shot down the measure by an overwhelming margin.

4. Long before the Colorado Rapids existed and played under the bright lights of Mile High and Dick’s Sporting Goods Park, soccer first got its start in Denver on January 3rd, 1880 in a match between Jarvis Hall and Denver High School. Thinking that a certain amount of goals needed to be scored in order to win, the students decided on six. However, it was more difficult to do this than they originally thought, and they gave up after two and half hours with the score at 3-0.

5. For many young people living in Colorado, the Colorado Avalanche are the only hockey team they’ve ever known. However, before the Avalanche established themselves as the one and only, there had been many attempts to start up a professional hockey team in Denver prior to that, with the first being the Denver Falcons in 1950-1951. Lacking a professional arena to call their own, they played their home games at the University of Denver’s Ice Arena and they didn’t stay there long. After one season, which included a playoff appearance, they called it quits and moved the franchise to a different city.

6. When most people hear the name Colorado Rockies, they think of baseball, Coors Field, and Todd Helton. However, what you might not know is that before the Rockies were a baseball team, they were actually a professional hockey team in the NHL. Moved to Denver from Kansas City in 1976, the Rockies endured six torrid years where they only made the Stanley Cup playoffs once. In 1982, for a variety of reasons, one of which was perceived to be as a lack of finances, the team moved to East Rutherford and was renamed the New Jersey Devils.

7. Although UFC fights today are associated with cities like Las Vegas and international hot spots like Rio de Janeiro, the UFC got its start in Denver, with their first two competitions being held in McNichols Sports Arena—UFC 1 on November 12, 1993 and UFC 2 on March 11, 1994. There were no time limits, no weight classes, no judges and only two rules: no biting or eye-gouging. Despite being slated by politicians and members of the media as barbaric, both events were financially successful and as they say, the rest is history.

8. Most people identify 1974 as the beginning of Denver Nuggets’ history. However, this was actually the second time in Denver’s history that they had a professional basketball team with the name Nuggets. In 1948, after having finished the Amateur Athletic Union national championship as runners-up, then general manager Hal Davis decided to make the transition from amateur status to professional. As a result, they became Colorado’s first professional basketball team as a part of the National Basketball League. As an aside, current Colorado senator Mike Udall’s father, Morris Udall, was an original member of the first Denver Nuggets’ team.

9. Bat Masterson is a name synonymous with fearlessness, gun fighting, and lawmen. Sports connection? Masterson, notorious for his connection to gambling and prize fights, wrote his first sports columns for George’s Weekly, a Denver based newspaper. Because of his standing in the boxing world, he started a promotion company with the sports editor of the Denver Post, Otto Floto. To say the relationship and partnership ended poorly wouldn’t be giving it justice. In addition to constantly trading barbs via their respective columns, in July 1900, the two openly brawled in the streets, which included Masterson beating Floto senseless with his cane. The Masterson-Floto chapter ended with Floto employing a hired gun to “take care of” Masterson, but nothing ever came of it as Masterson left Denver for New York in May 1902.

10. It’s odd to think that Denver’s (and Colorado’s) first golf course was also the location of Colorado’s first engine-powered flight, as well as Colorado’s first plane crash. In 1895, businessman Henry Wolcott purchased land that was known as Overland Racetrack and immediately created the first nine-hole golf course there. Over the next 15 years, as more golf courses started popping up closer to Denver, the area compensated for its increasing losses by hosting exhibitions like the Colorado Inner-State Fair in 1908 as well as flight exhibitions. In 1910, upwards of 50,000 people came to watch celebrated French aviator Louis Paulhan attempt the state’s first engine-powered flight. Those attending got far more excitement and entertainment than they bargained for; on the 3rd day, he also earned the notoriety of having Colorado’s first plane crash, when he plummeted into a group of spectators. Needless to say, the exhibition was immediately closed.

I will be writing a weekly column each Monday, which I will be posting on the About Boulder website and Facebook page, as well as my own personal Facebook account. Please feel free to comment, share etc. If you want to talk sports or propose ideas you would like to hear about, please reach out to me via my email at awp5275@gmail.com.