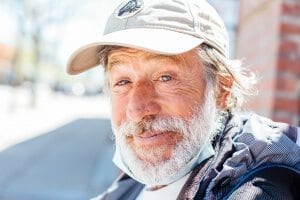 “This is my own haircut and this is my own beard trim. I did it all with scissors. I studied that stuff all my life. I studied to be a barber, but I never got a job at it because it doesn’t pay no money.  My Grandfather kept me out of it. My grandfather lived to be 87 years old. My father died before I was born, so I was raised by my grandfather. My grandfather said, ‘the most important thing when you get depressed and you’re down on your luck, is to stick in there man.’

I went along with my grandfathers wishes after I got older. His wishes were that I got a job, which I did. His wishes were to not ever be a famer, like him. His wishes were that if his wife died,  I would stick it out and take care of him. Or if he died, I would stick it out with her till the bitter end. He said if you do that, your whole life will be different. That wasn’t what made my whole life different. It was realizing my step father was ugly and mean to me all my life. I realized that even though I hated him so much, I had to swallow my hate. That took a lot out of me.” – John Alexander 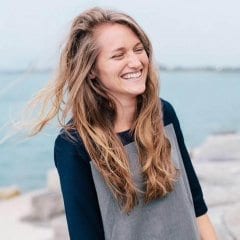