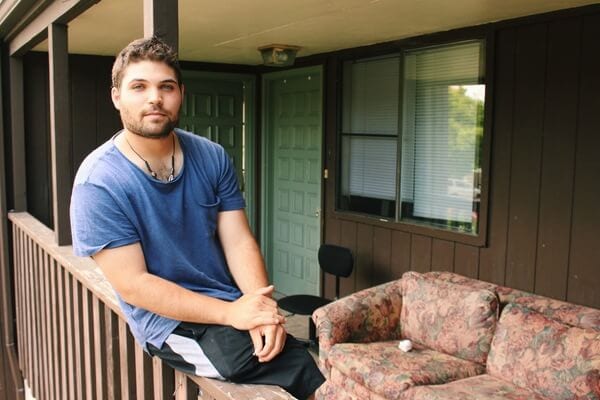 Dan grew up in a town called Needham, Massachusetts just right outside of Boston. Coming to Colorado to study environmental science, he is working as a ranch hand this summer in Nederland.   Very passionate about music, Dan is also interested in furthering his musical talents with piano, and potentially guitar. One of his biggest influences is Thom Yorke, of Radiohead, and is really inspired by his style.

“I first went to a school called Ohio Wesleyan University before I came out here; it was very hard to transfer from that place. But I transferred to CU for the environmental program; at the time the Ohio Wesleyan environmental program was going through changes, so it was for the best. But while I was at Ohio, I began playing a bunch of music with friends. And that experience just opened up a brand new world for me, since I was just used to playing piano with a teacher on my own time. So I have these two sides to me, the completely environmental and also the musical. I think it’s because I’m human. I found a passion for producing music too, and with that, I’ve really wanted to start writing music. I think many of the bands I hear today are just making music to sell, rather than creating art and something that is worth listening to. But I’m also working at this place called Blue Sky Mountain Ranch right now as a ranch hand and it is one of the most rewarding jobs that he’s had.”