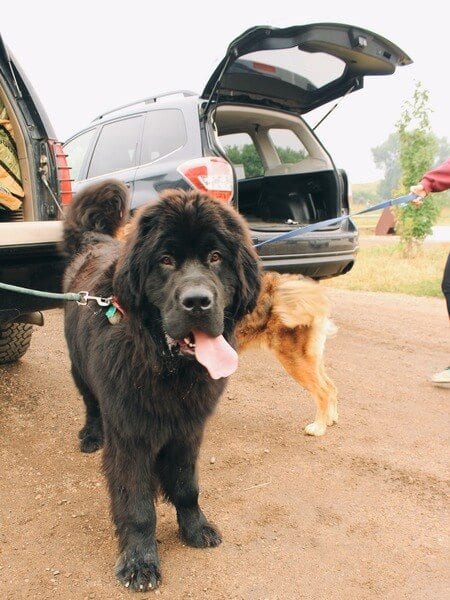 Meet Jerry! Jerry is a 10 1/2 month old Newfoundland puppy originally from Canada!  He’s easily about 100 pounds, but still has 50 more to go before he is considered a “full size” Newfoundland. This handsome guy now lives in Longmont with his loving owner, and is putting his looks to the test being a show dog.  He is about to compete in his fourth show, and was spending some of his day playing with other pups at Valmont Dog Park! His owner claims that the movie “Best in Show” is an accurate representation of the dog show world.  We’re all rooting for you Jerry!