To be fair, the “rhyme” in the title of this post is indeed a slant rhyme, which totally counts. What are you, the rhyming police? Does such an organization exist? If they do, I want to humbly thank them for their service in smugly correcting poets all across this land. Anyway, welcome to this week’s editorial in which Max drinks a few beers, and tells other Boulderites what he thinks of them. On tap this week? Twisted Pine Brewing Company, a major-league brewery in the middle of Boulder, Colorado.

Before I get started in today’s beer experience, I want to tell all you faithful readers (there’s literally eight of you!) a story about when I started drinking beer for taste, and not for the effect. Right when I turned 21, I lived with another strapping lad named Zach. Now, him and I had recently officially entered adulthood within two months of each other, and were eager to both expand our taste for malty, hoppy liquids, and 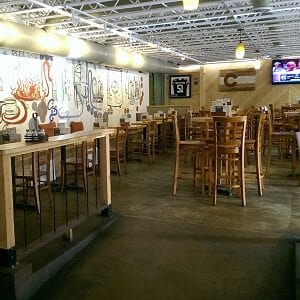 decorate our college apartment. Every weekend (and sometimes during the week too), one of us would come home with a mixed pack of some brew, drink to our heart’s content (which, when I was 21, was a lot more than I am proud of), and then place the bottle on a small shelf that ran the entire circumference of our living room walls. This was the first time I ever tried Twisted Pine Brewery, and perhaps one of the reasons I’ve had some rather negative preconceived notions about the Boulder brewery. I distinctly remember drinking that mixed pack, and letting out a resounding, “Meh,” to all of the beers in the pack. Unfortunately, this sentiment was very much agreed upon by Zach, and the rest of our suds-seeking friends group.

So, when I agreed to publicize my obsession with About Boulder‘s website, I agreed to set aside any ideas I had about any of the breweries, and just try to experience each tap house as if it were my first time there. In this regard, I was excited to give Twisted Pine another shot. Frankly, their tap house is amazing. Soft wood decorates the entire interior, and the place offers a large and comfortable patio, which is especially pleasant in Boulder‘s lovely spring weather. They offer a reasonable food menu as well, which makes Twisted Pine one of the only places in Boulder which offers decent Stromboli (and the east coast crowd goes wild!). To top it off, the tap house had a staggering 24 beers on tap during my visit. Truly, there’s something for every taste here. With that being said, I could not try a lot of the beers that Twisted Pine has gained a solid following for, including their Billy’s Chilies pepper beer, because I know that beast gives me immediate heartburn. As always, I wanted to try three beers incredibly different from one another, in order to get a good idea what Twisted Pine is all about. Let’s get it in!

Color me intrigued, because I’ve never seen, let alone tried, a beer with cucumber used as an adjunct. I thought to myself, “Okay, it’s warm, and I do love cucumbers. Maybe this beer will be super refreshing!” It 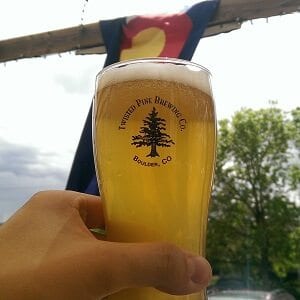 has a clear, yellow straw color, and a white head that retained extraordinarily well. On the nose, this smelled like my garden before it became overrun with weeds (and not the good kind of weed, either). The flavor is just about what I expected; so much so, it reminded me of that scene in Arrested Development where Michael finds the dead pigeon in his fridge, and wasn’t sure what he was expecting. This beer does not just have cucumbers in it; it tasted like a carbonated cucumber juice. I appreciate that all of the ingredients for this beer were locally sourced. The cucumbers come from Ollin Farms in Longmont, and the delicate crystal hops come from Misty Mountain Hop Farm in Olathe, Colorado (and trust me: I can totally get down on anything remotely related to Lord of the Rings and Led Zeppelin). Unfortunately, this beer didn’t really do it for me. It boasts a surprisingly sturdy ABV, which you wouldn’t even know if it weren’t printed on the menu. The Cucumber Cream Ale is incredibly drinkable, and incredibly refreshing, but a lot of the beer elements in this beer were lost. Like I said, this beer was all cucumber, with very little hops profile, and even less malt characteristic. It’s great on a warm Colorado day, and it’s incredibly refreshing, but when I want a beer, I want a beer, not a vegetable juice.

First of all, this is one of Twisted Pine’s ten core beers. It doesn’t matter what time of day, what day of year, you can find this beer, as one of the brewery’s staples. The name itself called out to me, because I would 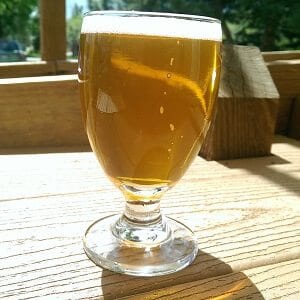 honestly consider myself a zealot of sorts when it comes to beer and bad decisions. This beer was created, interestingly enough, when the American palate became too accustomed to hops, and demanded more from every microbrewery. The Zealot replaced another one of the brewery’s core beers, the Hoppy Boy, as the staple IPA. It boasts a high ABV, a beautiful golden hue, and a webby foam that literally coated the entire inside of the glass. On the nose, this beer has a distinct floral aroma, combined with a soily, earthy, and slightly sweet smell, most likely from the rigorous hops inclusion into the beer. The beer has a thick, almost chewy, texture, that coats the entire mouth with every sip. The beer has a very pleasant, lingering bitterness, which stayed on the back of my tongue for quite sometime. The beer is syrupy and full-bodied, and extremely aggressive. I liked the beer; it’s a good example of a classic bitter IPA. This IPA, in contrast to many available in Boulder, goes straight for the bitter jugular, instead of adding any citrus hops or adjuncts. The Hop Zealot was by far the best beer I’ve ever had from Twisted Pine. Hop heads, this big beer is for you!

And now, for something completely different. A word of warning for anything involving espresso or coffee in the brew. Typically (but not always), when coffee or espresso is included in a beer, brewers will employ the cold brewing technique to the coffee, making what they add super flavorful, and super potent. That means, 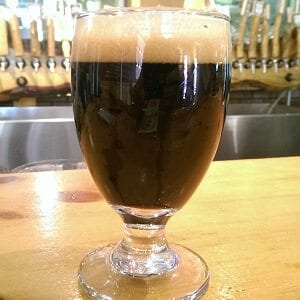 if you value your sleep, and you don’t chug as much caffeine as any maladjusted millennial on XBOX Live, I’d avoid any coffee beer after noon. The Big Shot includes Peruvian espresso from Unseen Bean: a local Boulder coffee roaster. Frankly, I had to try the beer, because it was a gold medalist at the World Beer Cup in 2014, taking home the glory in the “Coffee Beer” category. This beer came to me with a huge, thick, latte-colored head (yes, fitting), and boasted a dark brown, almost black body. On the nose, it smells almost exactly like Häagen-Dazs coffee ice cream. However, the sip leaned a bit to the bitter, acidic side of a cup of coffee. While the deep, rich, and robust flavors of chocolate malt was extraordinarily pleasant, I found this beer seemed a bit too bitter for the style. I’d say this is a combination of pure espresso, which can be extraordinarily bitter on its own, added to a beer with a slightly too aggressive hop profile. It’s strong, heavy, and filling. That’s the problem with this beer: I’m not exactly sure when I’d drink it. Too early in the day, and I’ll feel full and tired, a problem I tend to have with stouts during any day drinking event I find myself at. Too late in the day, and I’ll never sleep because of the generous portion of caffeine. Will it replace my morning cup of coffee? My liver and my heart, unfortunately, say no.

Twisted Pine offers a great tap room experience, with a solid food selection, and enough beers to find something that calls to you. While the beers I tried on this visit largely left me wishing I had tried other beers, that’s the beauty of Twisted Pine. I only tried three of the 24 beers the brewery had available. I’d say the beers I had were quirky, unique, and okay. The next time I’m at the tap house, obliterating a sausage Stromboli, I might order a few different styles, to get a bigger picture of what Twisted Pine has to offer. Sometimes, sheer volume of availability leads to a pleasant experience. I’m actually excited to go back, and see what else the Boulder brewery can throw my way.