Halloween is always a fun time to dress up, pull pranks on one another, and eat more candy than you most likely would any other time of the year (well, maybe Christmas is in the running, too). While that is all fun and good for most people, some of us (like myself) are often in search of shows to go to on this most Hallowed Eve, which luckily for most people falls a week from tonight. There are a number of Halloween-themed concerts out there, and then some that appear to just be coincidence that they take place next Friday. Here is a short preview of the shows that may be your best bet for dressing up, and enjoying great artists at the same time.

The Motet is a funk/dance/electronic/disco band that hails from Colorado and has been gaining more and more notoriety s the years go by. This Halloween, they will be playing at the Boulder Theater located near the Pearl Street Mall. 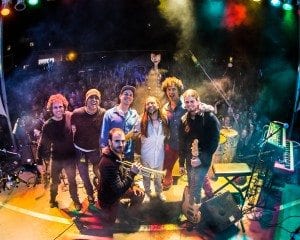 What is even more exciting is the fact that this local funk machine will be playing for not only one night, but two evenings next Thursday and Friday. The downside? It appears that Friday night may be sold out, so if you are still trying to see this group and do not have tickets yet, I would suggest going to grab some for Thursday night’s show (OR, try and pry them away somehow from current ticket holders for Friday’s show, totally your call). Tickets appear to be around the $25-$30 mark, which is a great price for a full night of entertainment close to home.

Next on our list of shows to check out is actually a show down in Denver, which for the most part is not ever really discussed, at least in my music About Boulder articles. However, this is a group that one should make an exception for, as they are some of the most entertaining and skilled producers that this music lover has had the privilege of listening to and witnessing live in the past.

Above and Beyond is considered a staple by most electronic fans who have looked into the relatively short music history of popular dance music. This English trio was founded at the very beginning of the 2000s, and grew quite popular when stalwarts of electronic music Paul Oakenfold and Pete Tong began to play their music on BBC Radio 1. This now world-renown trio is coming to the Fillmore Auditorium in Denver to play a show dubbed “Hallowfreaknween” along with numerous other dance acts slated to appear before them next Friday. Tickets are a bit more on the pricey side, at around $80 a ticket, but this group does not come to Denver to often and they are one of those groups you will not be disappointed by in the least. 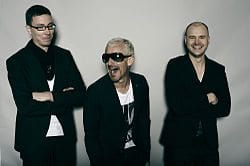 There are numerous other shows in the Boulder and Denver area happening next Friday as well; as I often try to reiterate with every post, go look for something you haven’t witnessed before. It will probably produce a story for you one way or the other. Enjoy!