Did you take the Polar Bear Plunge at Boulder Reservoir? With temperatures in the teens? Yikes! I did not. But between 400 – 600 other folks went out to break the ice and plunge into the freezing cold water. Quite a different story from last years 37 degree New Years Day. But I’m sure the water is just as cold. 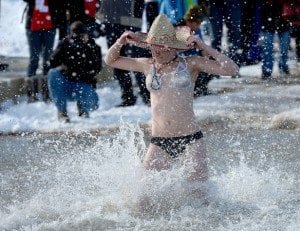 I get this is a refreshing way to bring in the new year, or to rebirth oneself into New Year’s resolutions, but I’m more of a warm water dipper. It is awesome though that others find it in their souls to go out and dip because it is a benefit to support the Boulder County AIDS Project and was sponsored by 9NEWS, White Wave, NCG Strategic Marketing, KBCO, Celestial Seasonings, and Polar Bottle. 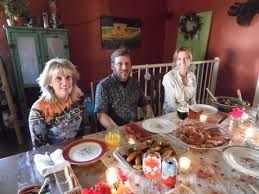 Despite not freezing my booty off, my New Year’s Day was just as eventful and fun. Signs were posted around Martin Acres Neighborhood throughout December inviting folks to a neighborhood Brunch available at 4 different houses on New Years Day. For $20 you got to pick three courses at three different homes! This was such a great idea, so much fun to meet neighbors, have great community conversation, and taste yummy home cooked food, while sipping mimosas. I highly recommend it for every Boulder neighborhood! What a great tradition to start in 2015. About 15 – 25 neighbors participated, and I got the opportunity to learn about some shady stuff going on at the Boulder City Planning Department. Seems a developer is having secret meetings with senior planning department members and I realized how important it is for neighborhoods to create spaces for dialogues about what their city is doing. And if you haven’t noticed since my last blog, good places are leaving, and we don’t know what is coming.

I felt like I was missing something not going out on NYE, but it was great to have such a fantastic New Year’s Day. I’m considering a slumber party next year. The best of both worlds, and community breakfast ; )

Happy New Year 2015 Boulder and Beyond 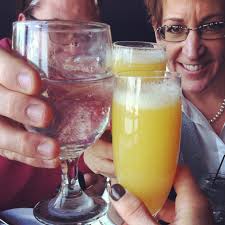