Among other things, cities are amalgams—a mix of geography, history, economics, and trends. Most of the time this blending is fairly subtle. Neighborhoods come and go, like the people that live in and define them. Businesses pop up, shut down. The baseline for life, or the signs thereof, have a fluidity to them that’s easy to miss.

Boulder, of course, is no exception. In many ways, it’s more of an amalgam than most. But that’s hard to pin down. Sometimes, though, you can step into a space that wears its Frankenstein-like mish-mash on its sleeve, and in doing so, get a glimpse of wider ranging currents. 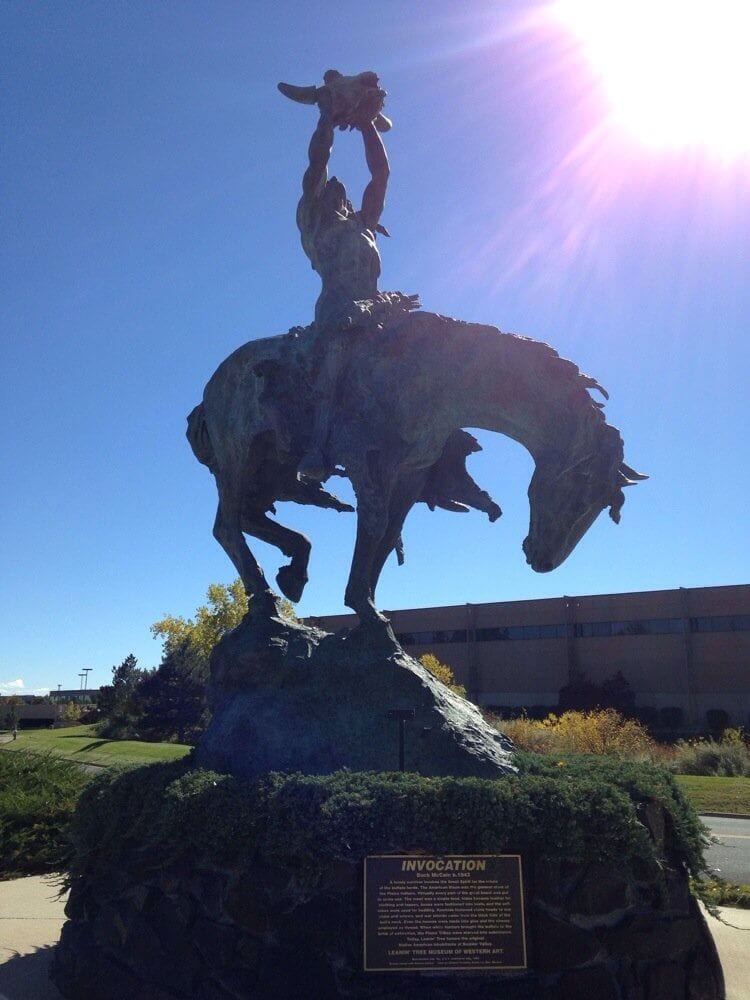 That was my experience with the Leanin’ Tree Museum of Western Art, however unexpected. It’s worth saying right off I’m no enthusiast of “western” art. Horses and cowboys and Native warriors have never done much for me; I love the history—both good and bad—of our region, but rarely like having it romanticized on canvas. Likewise, I tend to be skeptical of institutions of that consciously trade a complete word (leaning) for its slang-y counterpart (leanin’). I suppose in both situations, there’s a whiff of trying too hard.

To be honest, it’s for those reasons I’ve resisted visiting the Leanin’ Tree Museum. Was that based on lackluster experiences with “western” art in the past? Oh yeah. Was it, too, more than a little snobbish? Well, it’s hard to dispute that either. Sometimes, though, it’s nice to be stripped of your cynicism by experience. 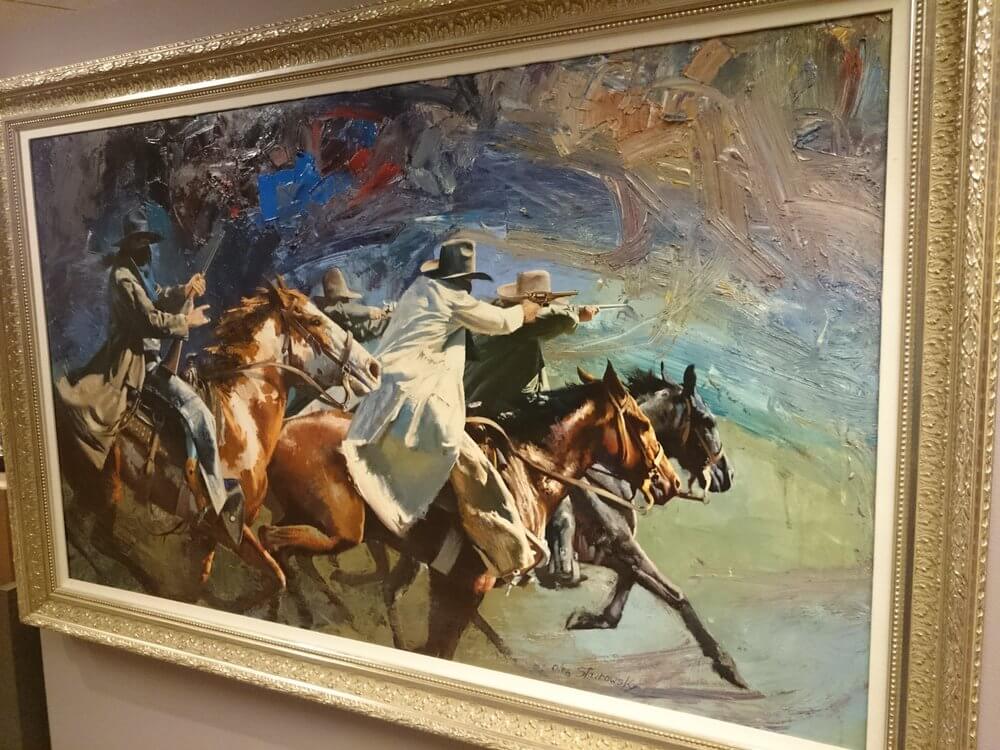 So look: what you think of when you hear “western art” is exactly what you get from the Leanin’ Tree. No doubt about it. There are cowboys and horses and Native warriors in a variety of media, and nearly all come with a gauzy, romanticized tinge. What’s refreshing is the obvious care the museum has for its works on display; everything is nicely lit, allowed to fill what space it needs, yet doesn’t feel like a self-serious dive into some Noble West that never really existed. In other words, you get the folktale buzz without the reality hangover.

Beyond the comfortable galleries, there’s also a very pleasant garden featuring numerous bronzes of animals, which, when the weather isn’t so erratic, would be a great way to spend an hour. Beyond the art and garden, though, is where things get a bit more interesting. 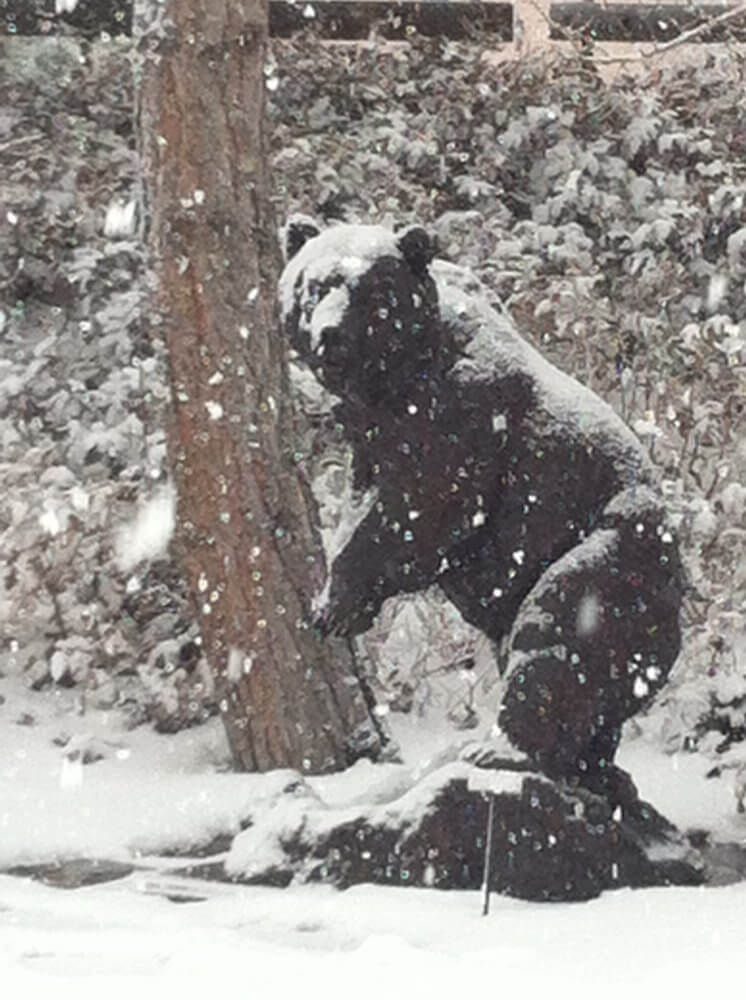 Attached is what gives the museum its name: the production floor for Leanin’ Tree Greeting Cards. Now that they provide tours of the facility, you get to see every step of the commercial printing process—perhaps not as tasty as a brewer tour, or as tidy as a tea factory tour, but fascinating. Considering print is something of a mystery these days, it’s a lot of fun to see how pros go about their work.

And that brings me back to amalgamation. Here, in Boulder of 2016, which isn’t exactly known for rustic proclivities, we not only have a museum dedicated to western art, but one that is literally connected to an industrial printing concern that pumps out paper greeting cards. I don’t know how many museums can claim the same, no matter their focus. Here, in what’s being whispered as a potential step-child of Silicon Valley, we have western history, 20th century technology, and niche tourism combining into one oddly satisfying spot, complete with actual paper gifts you can take home, send to relatives, or just collect.

Sometimes it’s comforting to know there’s room for the old and the new, and that cynicism, when suspended, can make you appreciate the strange mix that is our city. Nestled between multi-national pharmaceutical and engineering businesses, it’s great to watch a knot of seemingly incongruent things like the Leanin’ Tree hold its own, and give a little twang to Boulder in the process.